A reason to believe 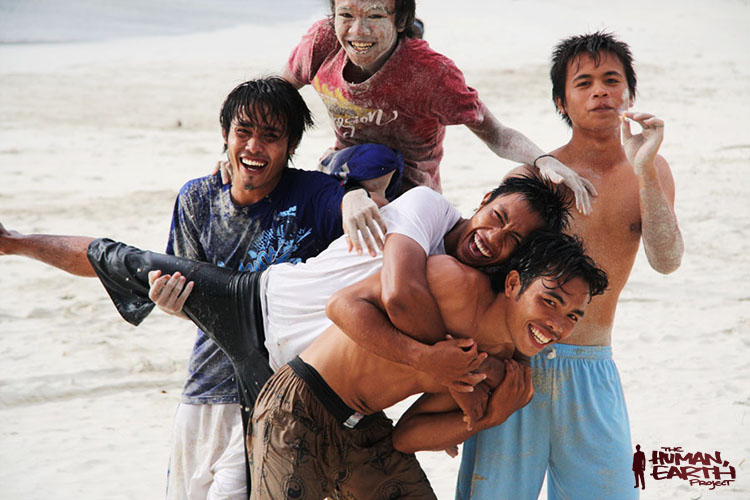 Today was the second day of the search for the five young men in this photograph.

The day was spent chasing suspicions and rumours through the lost villages of rural Lombok, the island east of Bali. It began with my putting a rusty nail through my foot at dawn and ended fourteen long and fruitless hours later with a flat tyre in the dark.

Yet it was a good day, spent in good company. A day of exotic cultures, ever-changing landscapes, and chance meetings with beautiful people. And we haven’t given up; we’ll be riding out there again at dawn tomorrow.

I haven’t been getting much sleep lately. I’ve been averaging five or six hours a night for more than a month now. I haven’t been writing much either, and I’ve been taking remarkably few photos, considering the fact that it was photography that brought us here.

Last week, Marinho and I were almost strangers. We’ll be living in each other’s pockets for the next six months, and I honestly couldn’t ask for a better travelling companion, or a more committed and talented film-maker, with a vision so closely aligned to my own.

And that’s where we’ve been pooling all our energies: in making films. We’ll be producing a series of short films to be released online over the next six months, which will later be reconfigured to form the complete documentary film of the project.

The first episode will be story of Wayan in Bali, and the second episode is a work in progress. I can hardly wait to share with you all the things we’ve seen and heard over the past five days, and this is barely the beginning.

There have been several reasons for my missing out on so much sleep. Jet lag was one, Burning Man another, trip preparations a third. Now, however, the only reason is this surge of creative energy, this constant flow of inspiration, this buzz of adrenaline. This knowledge that there are more important things to be done.

Isn’t it the same when we fall in love, or have children, or any time when we’re driven by some purpose larger than ourselves? Are we ever living more intensely than those times when we’re happy to sacrifice health and comfort for something we truly believe in?

Believe me, this is better than sleep, and it’s coming your way soon.