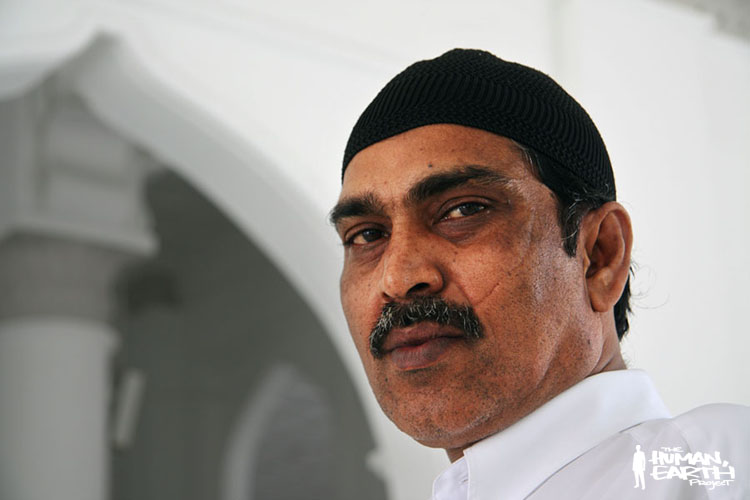 During our final moments in Indonesia, we may have met one of those people.

It began as an ordinary conversation with a local man at the ferry terminal. His name is Jasril. He’s a small man, mustachioed, perhaps forty years old. Unlike the rest of us, he wasn’t boarding the ferry, but arranging passage for someone else.

Jasril sends women to work in Malaysia, ostensibly as maids. His employer, a Japanese woman based in Kuala Lumpur, contacts him when she needs more girls. Jasril selects 25 or 30 girls each year. He arranges their passports, visas and tickets, and sends them across the straits. He boasted of the home he’d bought with the hefty commissions he receives in return.

The girls earn between 500 and 700 Malaysian ringgit (US$156 to 219) per month, he says, but receive no pay for their first five months of work – this money is taken to cover the initial expenditure, and Jasril’s own commission.

Jasril may be legitimately sending girls to work as maids in Malaysia, or he may be involved in trafficking women for prostitution – we may never know. I took his contact details and have since called him, digging for further information, but Jasril himself may not even know what becomes of his girls.

Five years ago, after having spent nearly three months travelling in Islamic countries, I was curious about many aspects of the religion. I spoke with Daoud, a Malaysian imam, who answered many of my questions before I photographed him.

As a prominent figure within his community, we expected to find Daoud easily. When Marinho and I arrived at his mosque, however, we soon learned that Daoud had recently returned to live with his family in India, to arrange a college education for his daughter, and to care for his sick wife.

Until now, Marinho and I had been expecting to end our journey in Nepal, next March. It’s another 2,700 kilometres from there to Daoud’s village, near the southern tip of India. With any luck, we’ll find him there in five months’ time. While we were in Malaysia, we also caught up briefly with Syu, a good friend of mine I hadn’t seen for five years. Syu is 24 years old, and the story of her life so far is a fascinating one I’d like to share with you.

Syu is a very open and expressive human being, traits which have caused her a lot of heartache as a young Islamic woman. She is very career-oriented, wants to see the world, and chooses not to wear hijab. Syu’s mother is very devout, a teacher of the Koran. She respects her daughter and allows Syu to live the life she chooses. Syu says her father, on the other hand, is more concerned with appearances than with his daughter’s freedom.

Syu’s father has had a total of four wives, skipping from one to the next. Although they’re still legally married he no longer supports Syu’s mother, refusing to pay her rent as he no longer visits her, Syu says. Syu and her sister pay their mother’s rent themselves, though neither one still lives in the house.

Syu has a younger step-brother who was acclaimed as a mathematics genius across Malaysia. Syu tells us that her father, attempting to capitalise on the exposure, began selling pharmaceuticals which would purportedly improve a child’s intelligence. His business and reputation suffered greatly when it was shown that the formula contained steroids, and 600,000 ringgits’ worth (US$189,000) of the drug was seized.

After Syu returned from a trip to India, she says her father took her to the police, demanding she be tested for drugs and examined for virginity. She tells us her father has threatened to divorce Syu’s mother if Syu won’t surrender her passport. Syu has been attacked both publicly and privately for organising free hug events in Kuala Lumpur, and for wearing a bikini in New Zealand.

In March this year, Syu underwent emergency surgery for a brain tumour. She lay in intensive care, mumbling and calling for her father, while family members went to his house to find him. That girl is not my daughter, was his only response.

Syu expects to suffer the effects of the surgery for at least a year, and the effects of her father’s behaviour are likely to last much longer. It’s difficult to see friends spending time with their fathers, she says, but Syu is nothing if not a fighter. She’s an extremely ambitious young woman, working long hours as a Corporate Communications Officer for an engineering firm in Kuala Lumpur, and keeping the Islamic faith in her own way.

Marinho and I have been busy, and you’ll be hearing more from us very soon. In the meantime, click that Share button!

Syu’s photograph taken as a self-portrait