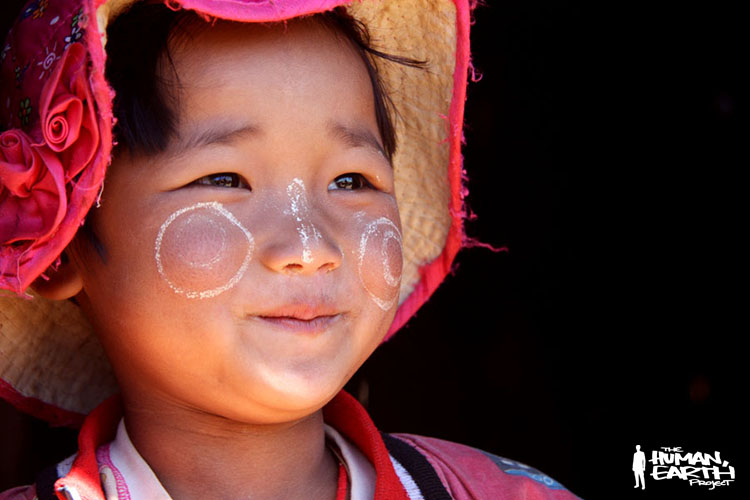 Today I have a story from Myanmar, and a little surprise for you. For almost three weeks, Marinho and I made our base in a small market town in Shan State, Myanmar. The surrounding hills were peppered with dozens of villages of various minority groups – the Danu, Pa-O and others.

Somewhere out there, amongst those villages, were a number of local people I’d photographed five years earlier. We returned to some of those villages two or even three times, searching for the people in the photographs.

Some of our journeys lasted only a day, while one took a week. In one small village, we learned the true importance of communication. Marinho and I were there searching for two girls and a woman I’d photographed in February 2009. We found all three quickly and easily, on our first journey to the village – but we couldn’t communicate with them.

Through our guesthouse, we’d arranged a local woman to act as a guide, though it wasn’t a guide we needed so much as an interpreter. We explained that we’d be interviewing people in the village, and were assured that our guide spoke excellent English.

We took her on faith. Long before we reached the village, it became abundantly clear that we had been misled. Rather than helping, our well-intentioned guide became a hindrance, and nobody else in the village spoke English.

Finding our subjects was utterly meaningless without words. It was impossible to learn their stories, and impossible to communicate the meaning of our work by gesture alone.

I took their portraits again, in case we were unable to return. It was the most superficial of encounters, a mutual misunderstanding between cultures, a powerful reminder why I’d stopped taking these kind of portraits in the first place.

We returned home in the darkness, defeated, having trekked five hours in vain. It was ten days before we were able to return and communicate with the villagers, and words made a world of difference. Although the original portraits were taken in different parts of the village, we learned that I had, by chance, photographed three generations of women from the same family. There was Daw Hlaing, her daughter Ma Hlaing, and her grand-daughter Le Le Win. I wish I had more time to tell you about Daw Hlaing and her family, but we’re all hard at work here in Thailand preparing for our post-Christmas crowdfunding launch. We’re raising money to finance a feature-length documentary to be filmed on our search for M, and we’d love to have your support. Over the coming weeks, we’ll need your help to share The Human, Earth Project as far and wide as possible – and if you can afford to contribute even just a few dollars yourself, that would be wonderful.

I’ve prepared a short teaser here for you all, if you’re ready to start flexing those Share muscles!

I hope you’re all busy making beautiful memories with your families these holidays!