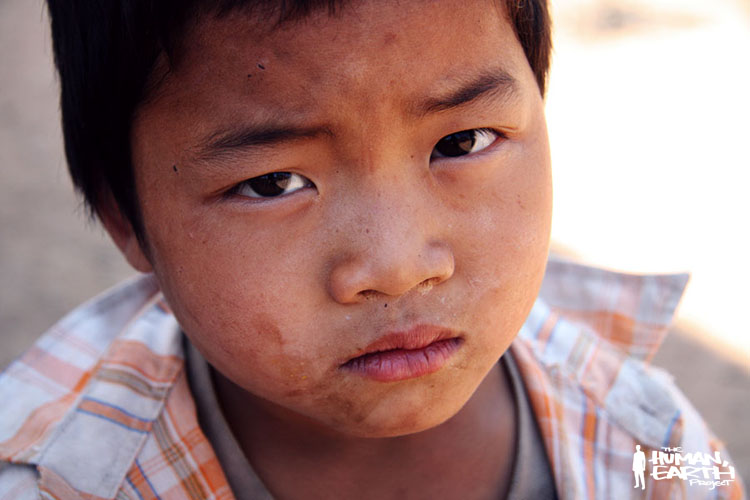 It can be extraordinarily difficult to condense such a prolonged, intense experience into a concise, easily-digested message for you all.

Where should I begin? How to slice it into bite-sized pieces? Should I say Marinho and I are a month behind schedule, having travelled five thousand kilometres further than expected? That our nine countries have stretched to ten, our six months to an indefinity, that our anticipated twenty thousand kilometres will still leave us ten thousand short?

Should I describe this little town, in a far-flung corner of a forgotten country? Should I describe the minority groups that dwell here – the Hmong, the Akha, the Yao, and others I can’t even name? The colourful clothes they wear, the unintelligible languages they speak?

Should I try to define the word ‘Laos’, for those who have never felt it? Should I speak of our hunt for clues? The former trekking agency long since closed down, the jealously guarded maps, the former guide out of range hundreds of kilometres away? The all-or-nothing gambit, with five subjects in one remote village, and nowhere to begin?

Should I focus on the search? The fruitless conversations, the false clues and suggestions that led us from one village to another for six long hours?  The rocky paths, the slippery streams, the bicycle running out of control? My desperate and failed attempts to recognise something, anything, along the way? Should I tell you of my utter amazement when, after exhausting all possibilities in our target area, we were pointed in a direction that made no logical sense – yet led us straight to our destination?

Should I reminisce on that village as a happy place swarming with children, and the way it appeared to me before I learned of the suffering here? Should I speak of the families with ten and twelve children, and young orphans left to fend for themselves? Should I share that surreal twilit moment when we’d long since given up on my final two subjects and begun the long ride home, when by chance I glanced across and saw them both together in a field?

Should I talk about and the five outgoing boys now grown into five awkwardly shy young men? The difficulties of drawing them out of their shells, and my questioning the validity of a project that involves photographing people who no longer want to be photographed? Should I highlight the recurring themes of the interviews – too many parents dead too young, school dropped for work, and a poverty that denied their sisters any formal education? How meaningless all of our efforts seem beside their struggle for mere survival?

Should I point out the Chinese border, only a few short kilometres away, with all these boys and girls ripe for trafficking? The economic dominance of these parts by the Chinese? The plantations of foreign-owned rubber, banana and sugarcane? Should we discuss that poignant moment as I stood alone after sunset in an Akha village where few can speak the language of their own country, let alone mine, chasing the final signature for the final media release form, fully understanding the absurdity of this sheet of paper while insisting on its absolute importance to someone, somewhere in another place and time entirely, laughing at my actions and acting nonetheless? Should I attempt to describe the hunting rifles longer than I am tall, or the freshly cut head and hoof that were brandished at me as a final farewell from two of my subjects – a nameless and alien creature for me, dinner for them?

Should I recall the creatures these hands killed for our New Year’s dinner, the final fluttering heartbeats, the bowl of congealed blood? Should I tell you about missing Christmas, and Marinho missing his sister’s wedding? Of my Christmas present to myself – the free time to read a book, a luxury I haven’t enjoyed for many months?

Would you like to hear that we gave the last of our money to a local boy to buy medicine, only to find that banking issues had left us high and dry? Should I reflect on the fleeting nature of friendship on the road, of a fragmented life of guesthouses and eateries that forget us the moment we pay the bill? Of equipment lost, damaged and destroyed, of the difficulties of eating and sleeping well, and finding time to do all that needs to be done?

Should I note how trivial our problems seem when compared to those of the locals that surround us? Should I praise the humble heroes who dedicate all their time and energy to those who are most in need of it? Should I ennumerate our growing list of supposedly impossible achievements, and the sad reality of those who have never tested the limits of their lives? Those who sell themselves short, and settle for a life of little consequence in a tiny box they’ve built for themselves?

Should I speak of this strange blend of experience and emotion, exultation and exhaustion? How it feels to be back on the road after a month in stasis? How it feels to have found over fifty of the people we’re searching for, and the struggle to remember their names? The sensation of being supported by so many around the globe, and yet being so utterly cut off from the world?

Should I even mention my general loss of interest in the search for anyone but M, and my impatience to arrive in northern Vietnam? For each story I share, there are a hundred stories left untold. Perhaps I’ll merely relay the New Year’s toast of Tong, our Hmong host:

I wish you happiness, prosperity, and a good wife in 2014.

This year, let’s all dream a little bigger.