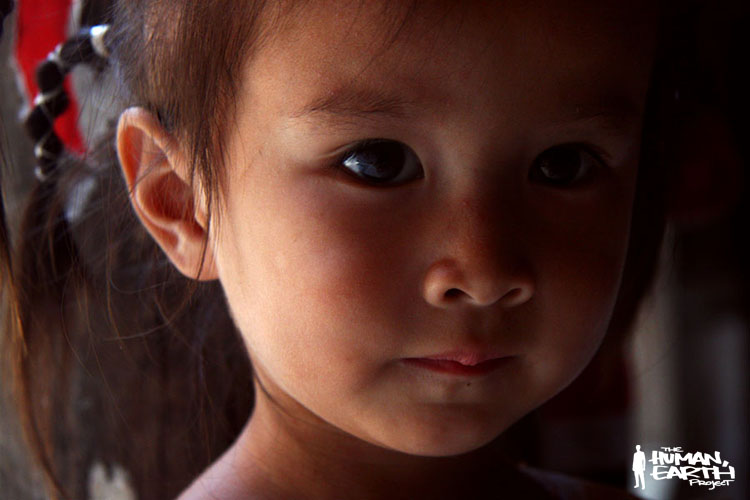 In 2010, I spent two weeks volunteering as an English teacher in southern China. One morning, some local students offered to take another teacher and myself to a little place they knew hidden away in the nearby countryside.

We rode our bikes along a dirt trail leading to a cluster of traditional homes behind a small rural village. There I photographed a playful young girl in braids; this week Marinho and I returned to find her. The place was easy to find – too easy. There were large colourful signs, and a paved road to lead the way. There were food, drink and souvenirs for sale, and hotels under construction. There were tourists, both local and foreign, arriving by car, bicycle and foot, in groups and independently.

In the past four years, our little cluster of traditional homes had well and truly been “discovered”. Where once the appearance of foreigners had caused a sensation, now the arrival of Marinho and myself was barely noticed.

Nobody worried about us – except the little girl we’d come looking for, who burst into tears the moment she saw me. Her name is Zhe Mimi, she’s six years old and, in the past four years, she’s lost her love for the camera.

I’d come to learn who this little girl was, to give her my first portrait and take another – not to frighten her to tears. For the first time, I was almost ready to leave one of my subjects without taking a second photograph.

As I spoke to her father, though, Zhe Mimi began to read aloud to a young friend, and I was able to get the frame I wanted without disturbing her. As cute as she is, Zhe Mimi was only a brief stop for us on the way to much bigger things. You’re going to love what’s coming next…

There was also a contributor to the Project – initials P.L. – who did not leave an email, and cannot be contacted. If that’s you, please get in touch!