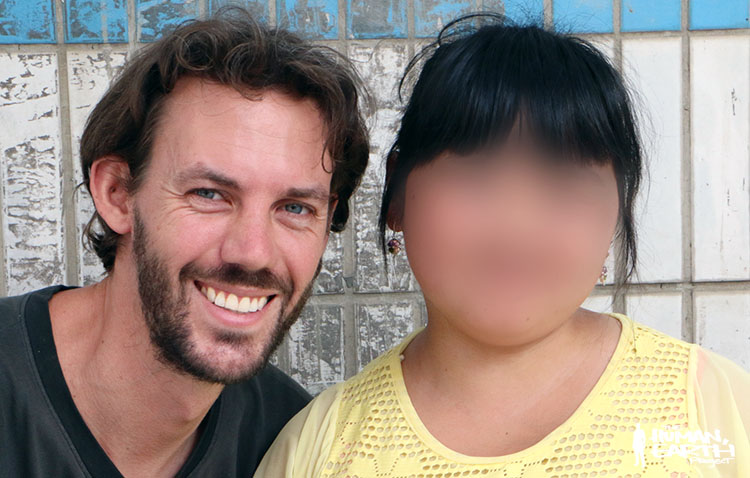 P is a friend of M and myself from Vietnam, a Hmong girl who was also trafficked as a child into China. Three years ago, P was taken across the border, held against her will, and sold to a Chinese man nine years her senior, to whom she has now given two children.

P herself is still a teenager.

Marinho and I visited P near her new home, on the fringes of a vast conurbanation of some 45 million people in southern China. I can’t tell you how strange it was to see her again, almost four years, a thousand kilometres and a world away from where we once lived in the mountains of northern Vietnam.

P told her “husband” the truth – that a friend she had known from Vietnam was coming to visit, and bringing another friend along. Marinho and I met her with his knowledge and consent, under the watchful eyes of his mother and friends. The “husband” himself was not present – he returns home only one day a week, at which times P does her best to avoid him.

During the week, P is free to walk in the city, and to call family and friends in both Vietnam and China. She has a genuine Chinese ID card obtained using her sister-in-law’s birth certificate and, until the birth of her second child, worked sewing handbags in the city.

P lives a life that is safe and comfortable, but far from happy. She is torn between the home and family she misses in Vietnam, and her baby girls here in China. She says she’s too young to be a mother, but loves her girls and won’t leave them.

She dreams of a very different life that has been denied her – a life with no “husband” and no children, but the freedom to work and save her money to travel. She often speaks about this on the phone – with M.

Guess who we’re searching for now.