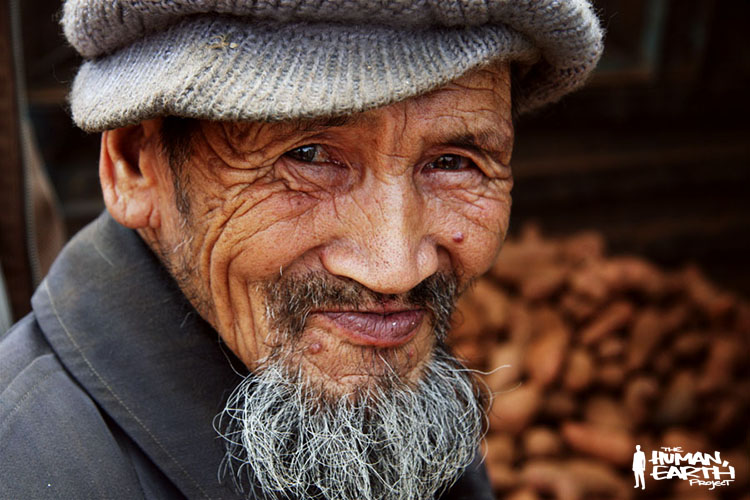 It had been almost six months since the last time Marinho and I came into direct opposition with the authorities – the police, the army and the immigration office, all at once, in fact. This time our antagonist was somewhat less formidable – an overzealous gatekeeper at a government retirement home – but very nearly as effective. Like Inigo Montoya, we’d come in search of the six-fingered man – and his mute wife. I’d photographed them almost four years ago at opposite ends of a Friday market in a town more than thirty kilometres away – and, by chance, placed them beside each other in the portrait collection. Still having to collect the couple’s portraits, stories and signatures, we tried to bargain with the gatekeeper, but the gatekeeper was not a bargaining man. We were to leave, immediately.

We were saved only by the brilliant Emi, who’d been our interpreter for the past four days. Emi put up such a fascinating conversation with the gatekeeper that he walked all the way back to the front gate before noticing the absence of Marinho and myself. There was no way to explain the situation to Chuan Hou and Chang Xi. They understood that something unusual was happening, and seemed to enjoy being a part of it. I photographed them where they stood, as quickly as possible, and buried the camera in a bag.

Emi reappeared, and it was Marinho’s turn to buy us time. He grabbed our passports and dashed out to intercept the returning guard with a fountain of incomprehensible and irrelevant information. Once we were out, we knew there’d be no coming back. Chuan Hou and Chang Xi had no phone, and told us there was no way they could be contacted inside. Emi helped them jot down their details, and we began a fast and desperate interview.

Chuan Hou had served as a battalion commander in the Chinese army, before being imprisoned during the cultural revolution. He’d had no less than six other wives and innumerable children before marrying Chang Xi, who is indeed mute. We never had a chance to ask about her own children.

For each of Chuan Hou’s answers I had ten more questions, but our time was up, and then we were back out on the street. (The rumour that Chuan Hou has twelve fingers and twelve toes proved to be just that – a rumour – fuelled by a missing thumb and a big toe sticking out almost sideways.) There was one last hope to hear Chuan Hou and Chang Xi’s fascinating life stories: by chance, I’d also photographed an elderly woman that had been identified as Chang Xi’s sister-in-law, so we went to the mountains in search of her the following morning.

Instead we found her overly-suspicious daughter, who informed us that You Cun had passed away three months earlier, at the age of ninety – a “happy funeral”, as the Chinese say of any death over eighty. You Cun’s second husband – Chang Xi’s brother – had long since passed away. Sadly, Chuan Hou and Chang Xi’s stories are lost – or, rather, locked up where they can’t be told.