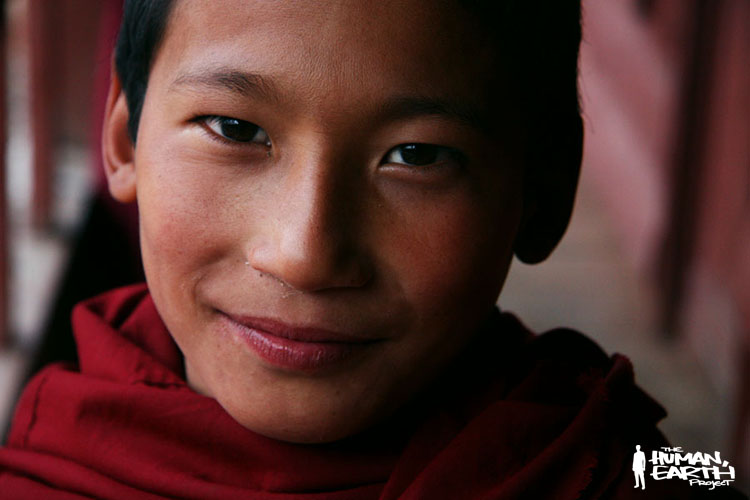 After having succeeded spectacularly in our search over the past nine months, Marinho and I now find ourselves defeated by the caterpillar fungus.

The “world’s most expensive fungus” attacks and mummifies moth larvae, is highly prized as an aphrodisiac and general panacea, and makes it near-impossible to find anyone you may once have photographed on the Tibetan plateau.

During the months of May and June, Tibetans flock to the mountains in search of the fungus, which can be sold for up to 500,000 RMB (US$80,307) per kilogram. On our return to what remains of the local monastery, Marinho and I found a small circle of monks to confirm the rumours we’d heard around town. The two young monks I photographed there four years ago are still with the monastery. At the moment, however, they’re in the mountains in search of the caterpillar fungus, and won’t be back for another four weeks. This man is a nomad, who winters in a village 50km north of town. Now he’s in the mountains, searching for the caterpillar fungus. Meanwhile, his daughter has been sent to live with her grandparents in another part of the province. This man was also recognised as a nomad. At this time of year, we’re told, he’ll be in the mountains, searching for the caterpillar fungus. This boy? Also a nomad, it seems. Mountains. Fungus. While it’s not certain that this child is a nomad, he was certainly photographed with a group of nomads, and nobody in town seems to know him.

Just a few short weeks ago, it still seemed possible that Marinho and I would find 90 of of my 100 portrait subjects. Now, the most we can hope for is 80.

It seems we’re not the only ones whose search is going badly, however. The caterpillar fungus is an endangered species, and disappearing quickly. They say there’s not much to be found in the mountains this year.

Leaving behind seven subjects wasn’t the last of our bad luck this week, either. In attempting to reprise my first overland journey to India, Marinho and I have travelled for 276 days and 37,399 kilometres overland.

We no longer have enough time remaining on our Chinese visas to arrange our overland travel permits to Nepal, and will be flying out at midnight. Though M and P will no longer be able to call me, I will remain in regular contact, and will be returning very soon.

Marinho and I are now very close to the end of our search – if our luck improves, we’ll be finished within the fortnight!

With everything that’s been happening over these past two months in China, I haven’t yet had an opportunity to arrange the photographic prints for those who have ordered them. I haven’t forgotten, and apologise for the delay.