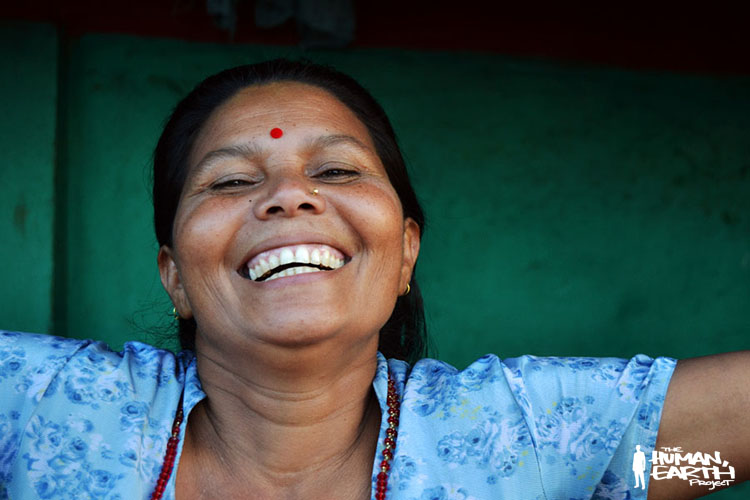 The road snaked up from the valley floor to the village I once called home, sprawling atop a broad green ridge in central Nepal.

It had been three years since my return, and the dusk light couldn’t mask the changed face of the village’s central square. New buildings had appeared; others were under construction or renovation.

They were slow to recognise me at the guesthouse where I’d lived for five months, and the room in which I’d stayed had been stripped of everything that had once made it feel so cosy.

Where it had been crowded with family photographs, wreaths of artificial flowers, and images of the Hindu gods, the room now stood bare and white, the furniture rearranged.

Two years ago, some good friends had passed this way, and had been delighted to find my photograph displayed on the walls of the guesthouse, the local dairy outlet, and the little place that sold noodles on the corner.

Now, however, I’d disappeared. The dairy outlet, it seemed, had long since closed its doors, and the family that owned the noodle shop had moved elsewhere.

There was no longer any memory of me here.

Three years ago, I’d found myself adopted by Amma and Laksman, a middle-aged Nepali couple who lived outside the village centre. I’d eaten at their home almost every evening, and taught rudimentary English to their young niece and nephew, Mira and Milan.

It was now almost three years since I’d spoken to the family. Phone conversations were impossible; Amma and Laksman spoke no English, and I’d long since forgotten my Nepali. Would they recognise, or even remember, me? I took the narrow path that wound away from the village centre, towards Amma and Laksman’s simple, mud-walled home.

The power had failed, and the entire village had been plunged into darkness. I could see all four of them sitting outside – Amma, Laksman, Mira and Milan – eating their evening rice, curry and lentils by candlelight.

I was almost upon them by the time I entered the circle of light, and the 55-year-old Laksman looked up from his plate. In an instant he was on his feet, took me in a bear hug – and began to weep.

‘Jiban!’ he cried, again and again, calling me by a name I hadn’t heard in years, a name I’d forgotten was ever mine.

For three or four minutes we held each other. Laksman sat me down, then bent beside my chair to embrace me again. Finally, he collapsed on his knees before me, and wept in my lap. The family began to chatter excitedly in Nepali. Not having heard or spoken the language in three years, I could only fumble at words, and sift through the flotsam of memory.

After offering us what little space there was to sleep in their home, Laksman went in search of milk and meat, and Amma disappeared into the kitchen.

Mira, at 15, is now a striking young woman, while the 13-year-old Milan has simply scaled up without changing in the least. Amma herself was strangely subdued. Only much later, when the power returned, did I see how thin and tired her face had become. Amma is not her real name – it means Mother in Nepali, and she had indeed been a mother to me during my time here. Her own children were long since gone – her two grown sons work as tour guides in Kathmandu, and her daughters both died within their first year.

Laksman and Amma built their home with their own hands. They have eight goats, four chickens and a large excitable puppy named Tommy. During the week, they share their home with Mira and Milan, who would otherwise have to walk an hour to school each day. The steeply sloping land surrounding the house is planted with corn – or, as Mira describes them in her delightful accent, “popcorn trees”. Laksman works as a labourer in the village, and Amma makes a little money on the side by distilling the local millet-based spirit, raksi.

Amma first fell ill in her twenties – half a lifetime ago. For the past 24 years she has suffered a constant host of maladies, including severe headaches and a sensitive stomach that keeps her on a diet of rice, water and eight pills a day.

Over the five months I’d spent with Amma in 2011, she’d dominated her illness with an irresistibly positive personality; now, however, the illness was clearly grinding her down. The next day – after learning that the dairy outlet and noodle shop had simply moved premises, and the village had not forgotten me – Marinho and I returned to spend another seven hours with the family.

The time passed in tickling, massaging, wrestling and playing tricks on one another, resuming our English and Nepali lessons, stretching our bellies with Amma’s homecooking and laughing until they ached.

There were the inevitable questions about Anna, the woman who for five months had posed as my wife, and was now nowhere to be seen.

This time, it was Amma’s turn to cry, burying her face in both hands. She’d been thinking of Anna and I for the entire day leading up to my arrival, she said. It had been so long since she’d had news of us, and wasn’t sure if she’d ever see us again.

When I’d walked out of the darkness, she was simply overcome, not knowing if I was even real.

The clouds parted, and the mighty Himalaya revealed themselves in the last golden light of day. I felt something I hadn’t felt in years: I felt at home. I wondered how I’d ever left this place, or how I could ever leave again. This village was to be the end of our journey.

Amma and Saroj‘s portraits were the last I took in Asia – in fact, I’d long since sent my own camera home, and took these on a friend’s camera.

The search continues, however, for the very last of my 100 portrait subjects.

His name is Daoud. He was originally photographed in a Malaysian mosque which Marinho and I located eight months ago – only to learn that he had moved home to the southern tip of India.

Daoud will be returning to Malaysia for the month of Ramadan, which begins in ten days. Our Indian visas will be ready in five, and Marinho and I will then have more than 2,700 kilometres to cover by bus and train in search of Daoud.

Over the past nine months, Marinho and I have faced opposition in myriad forms. This time, however, I’m working against myself. Having come so close to the end of our journey I now find myself resisting, knowing I’d be of more value here with Amma in Nepal – or in China with M – than racing off to southern India.

This week I was interviewed for Andrea and John’s ‘Inspiring Travellers’; the interview can be seen here.