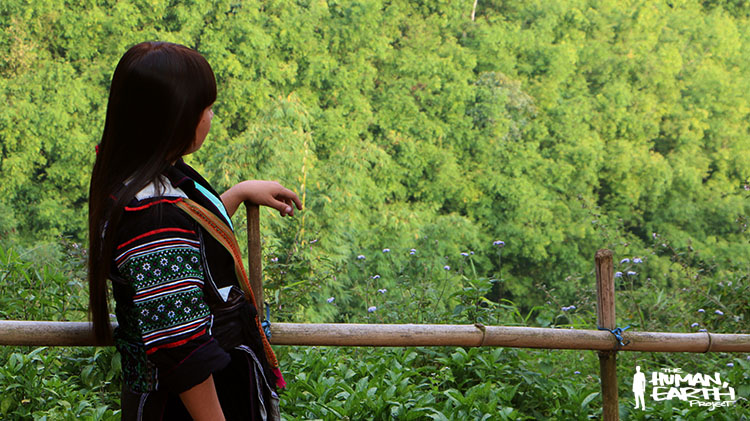 It’s now the second week since P’s return home, and we’ve been busy putting her life back together.

P was to come home with the assistance of Blue Dragon, a Hanoi-based NGO which offers a thorough range of services to assist survivors of human trafficking, including legal and psychological support, and education and vocational training.

As P escaped and came home alone, however, all she has is the resources of our little mountain town. Because I’m only staying here short-term, it’s been my priority to provide P with support that will last long after I’m gone.

P has impressed me deeply with her strength and courage in making the transition between two very different worlds. Although she carried little home from China, P also bore the emotional baggage from more than three years of forced marriage and her two young girls left behind.

In the course of gathering material for our forthcoming documentary, Sisters For Sale, I’ve come to know numerous local survivors of human trafficking. One in particular had a story very similar to P’s – the only other woman I know here who was able escape a forced marriage and return home from China unassisted.

What’s more, she did it all while heavily pregnant, and has since gone on to a good marriage and steady business with an unusually progressive Hmong husband who accepts both her previous marriage and her Chinese son. I felt it was important for the two women to connect, and arranged a meeting at her village home several days ago.

I’ve also introduced P to a retired psychiatrist friend living here in town, who has very generously offered his ongoing support and is currently arranging further contact via his professional network in Europe.

Two of my other friends here in town own and operate a trekking and touring company offering excellent tailor-made experiences amongst the local communities, which they also work hard to support. P, who previously worked as a tour guide, has been very impressed by their work and has been offered a job, which she’ll begin once we’re able to arrange her guiding licence.

Since her return, P has also been reunited with her entire family – including its newest member, a niece born last Wednesday – and has attended the wedding of a good friend. P has chosen to live here in town, rather than returning to her village, and moved in yesterday with her aunt.

In the coming days I’ll be making a journey to film in another region of Vietnam heavily affected by human trafficking, and have invited P to come along for the ride. It will be good for us both to get out of town. For the past ten months, I’ve been extremely careful to keep my investigations into human trafficking a secret from even some of my closest friends here in Vietnam. It has been a necessary precaution in an area covered by ruthless criminal networks.

There are plenty of secrets in this little town, but mine is no longer one of them. My secret was already at risk when I brought back photos and videos of M and P from China, and the secret has proven impossible to keep now it has come in the form of a human being.

Since P’s return, she has become a focus of much attention here in town. Although my own role in her return was a minor one, she says I’ve become “very famous” both here in town and in her village as someone who can bring back girls from China.

For months, I’ve worked in secrecy, seeking out stories of human trafficking. Now the stories are coming out everywhere and, for the first time, I am confronted with the true magnitude of the problem here. Strangers approach me on the street, and call me by name from street corners. Almost everyone, it seems, has lost a sister, a cousin or a close friend to human trafficking.

After a year immersed in the realities of human trafficking, I felt I’d numbed myself to its horrors. Some of the stories I’ve heard recently, however, have been truly terrifying.

There is danger now for both P and myself in this little town – but the darkest and most dangerous thread of P’s homecoming story will have to be set aside for a later date; it is still too early to speak of it here.