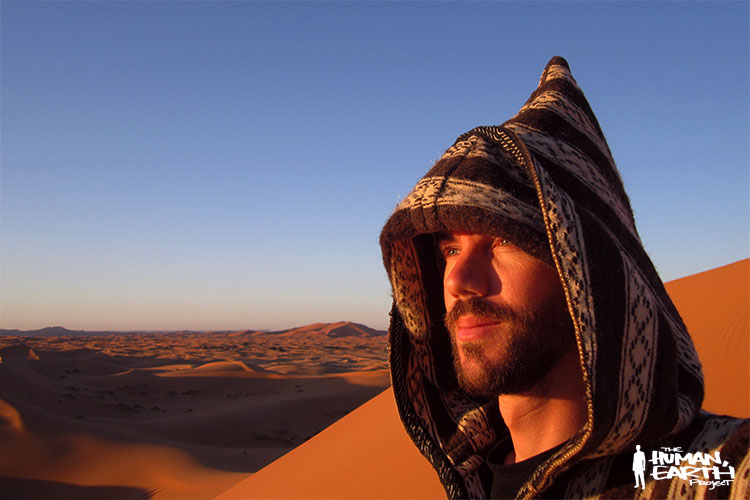 This week marks another birthday for both myself and The Human, Earth Project, and a perfect opportunity for a spot of navel-gazing.

It’s incredible to think it’s now been more than ten years since I began travelling the globe.

My adventures then, although they seemed ambitious at the time, were relatively small and safe affairs.

I still remember that thrill of fear and excitement I felt as I set out before dawn on my first solo venture, three weeks overland between Oslo and Moscow.

Moscow seemed to me then as the end of the world – as did Lofoten, Sicily, Sumatra, Tibet, Andalusia, Alaska, and the Sahara when I set out to reach them. I was drawn to these remote and alien places – arctic mountains, tropical jungles, whispering deserts, heaving glaciers and fiery volcanoes.

I loved nothing more than pushing all the way to the edge of the map in search of my own limits, and always found myself capable of more than I’d believed.

Each time I stumbled and fell, I stood up and pushed forward. Each stumbling block gave me new knowledge and confidence to take me further still.

Each time I reached the end of the world, I realised it was only the beginning. A decade ago, my travels began almost by accident, as my life turned an unexpected corner. A life of travelling was not the life I’d planned.

Three years ago, my life turned another corner. While I’ll always travel as long as I’m able, I’m on a different kind of journey now – a journey to give something back to the world that has given me so much.

It hasn’t been an easy journey. I’ve stumbled and I’ve fallen – and, each time, I’ve gained knowledge and courage to take me further.

Each time I reach what seems like the end, I realise it’s only the beginning. Where has this new journey led me?

Over the past year, this journey has brought hardship, deprivation and near-ceaseless work that has left me tens of thousands of dollars out of pocket – and left me certain that I’m on the right path.

It was a year in which I achieved far more than I’d hoped: no small feat for a dreamer like myself.

While others my age have careers, cars, houses, wives and children, I possess little more than the bag on my back and the fire in my belly – and I wouldn’t trade them for anything.

When I set out on that first solo venture ten years ago, there was no way of knowing or even imagining what a strange and fascinating world my travels would uncover, or where they would ultimately lead me.

I still feel that same thrill of fear and excitement today as I watch this new path unfold before my feet.

The Human, Earth Project was never intended to be my life’s work, nor will it be – but, as the first steps along this new path, it’s certainly a good beginning.