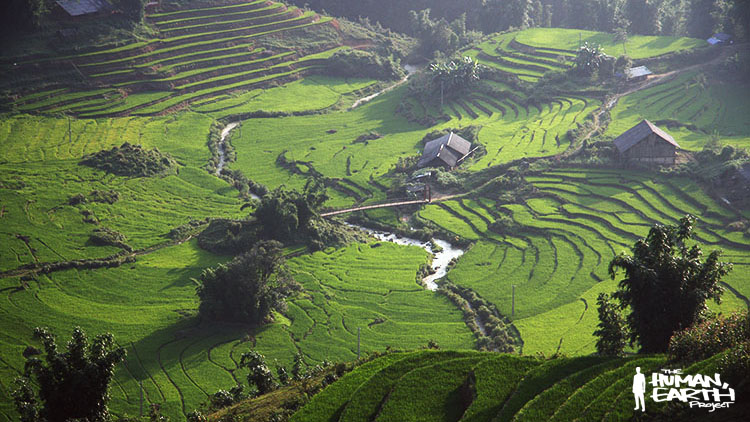 In January I first wrote about Belinda Bauer, the author of six acclaimed crime novels, and a longtime supporter of The Human, Earth Project.

Belinda cites the Project as an inspiration for her latest work, The Shut Eye, which revolves around the mysterious disappearance of a child.

The Shut Eye has now been shortlisted for this year’s Gold Dagger, a prestigious award given for the best crime novel of the year.

Having first won the award in 2010 for her debut novel, Belinda now competes against two of the world’s biggest names in fiction – Stephen King and J.K. Rowling – for this year’s prize, which is being announced today in London.

I wish Belinda the best of luck today. Regardless of the outcome, I’d like to congratulate her on a fantastic achievement, and can’t wait to read the novel myself! Today also marks the launch of The Human, Earth Project‘s new website, which showcases the complex 2.5-year evolution of the Project as briefly and beautifully as possible.

It has been quite a task, involved new text, logos, photos, videos and animations, and I’m pleased to share the results with you all.

The creation of the website has only been possible thanks to the dedication and technical talents of Benjamin Warren, a web developer and friend of almost twenty years, who has been a true pleasure to work with over the past months. As part of the launch, I’m excited to announce the unveiling of the trailer for our feature-length documentary, Sisters For Sale.

I’ve worked together with some highly talented artists and friends to complete the trailer.

The trailer was narrated by the actress and voice artist Betheny Zolt, whose previous experience includes The Style Network, Yahoo and True Blood.

The overtone singer, multi-instrumentalist, sound healer and generally wonderful human being Rami Shaafi has also contributed his vocal talents to the trailer.

Betheny and Rami appear alongside SweetSorrrow, a track which has been the binding theme of The Human, Earth Project since its inception, whose composer Mike Taylor passed away tragically last September.

Those of you who knew M and P before their abductions will also recognise their voices in the trailer, which appears on the front page of the new website. 18 months ago, together with John Bardos, Barry O’Kane and a group of dedicated volunteers, I raised $12,000 for the production of Sisters For Sale.

At the time, I could not have imagined just how successful the search for M and P would be – not only would I succeed in finding them both, but would remain in Asia for a further 12 months attempting to organise their rescues, and assisting with P’s reintegration on her return from China.

With every passing day, the documentary expanded in scope and scale. As the story became richer and more complex, it required more interviews, more footage, more equipment, more expenses.

Until now, I’ve borne the difference in costs myself, relying on an inheritance from my grandmother Ella who passed away last year. Now, however, that inheritance is also gone.

Over the past months I’ve sought funds from other sources. It has been a tedious, time-consuming process, and one that is yet to bear fruit.

There is still a great deal of work to be done to complete Sisters For Sale – editing, animations, colour grading, sound engineering, and additional translations – and there are not enough funds remaining.

This documentary has been a marathon effort, with no end yet in sight.

I will dedicate my time and energy to this work so long as the necessary funds are available, but I need your help.

Anything you’re able to contribute to keep the documentary moving forward will be greatly appreciated.

As during the fundraising campaign 18 months ago, I’ve made a series of rewards available to thank you for your contribution, including the completed documentary, a film credit, and photographic prints.

To check out the new site, to view the trailer, and for more details, see www.humanearth.net

If you have a friend or family member who might also be interested in the fight against human trafficking, please send them a link to the site.

Subscribe here to receive all the news and stories from The Human, Earth Project.