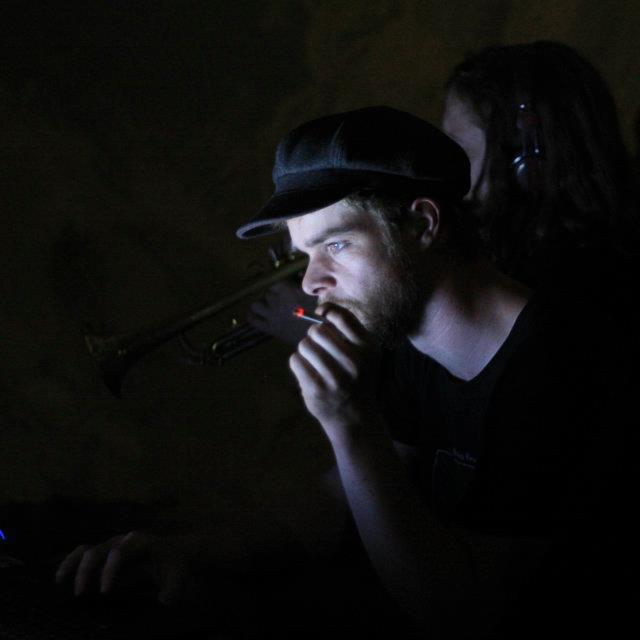 I never met Chris Tenz, despite the fact that we both lived on the same street in the same tiny hamlet, and knew dozens of people in common.

When I first launched The Human, Earth Project, I was working in the Canadian Rockies. I stayed there for ten months, saving all the money I could.

After I left, Chris took over my job, and moved into the building where I’d been living. Everyone there was talking about my nascent Project, he said, and he was excited to get involved in it.

Chris was a self-taught musician. He sent me three albums he’d recorded of incredible instrumental music he described as “raw and emotional”.

He told me to use whatever I liked for my work, and said he’d also be happy to compose new material for me.

I used one of Chris’ tracks on the video for our successful 2014 crowdfunding campaign.

Three months ago, Chris released his latest album, Nails Through Bird Feet. After I shared it via my blog, Chris Skyped me from London.

Chris was home alone, drinking, at five o’clock in the morning. He was having a difficult time, both personally and professionally, and was disillusioned with humanity.

Too many people had broken their promises and vanished, he said, and wanted to know if I’d had a similar experience with my own Project.

I had, unfortunately – too often. It was heartbreaking at times, but it gave me more appreciation for the good ones that did stick around and follow through.

Chris was ready to start composing new material for me, whenever I wanted, he said. I told him I needed a few more months to reach that point.

Three weeks ago, I wrote to tell Chris I’d incorporated one of his tracks into Sisters For Sale, our feature-length documentary to raise awareness of human trafficking. He was glad to be part of it.

I love the track, and I love the name: And His Heart Finally Overcame His Fear Of Letting Go.

I’ve spent this past weekend editing, and yesterday assembled a powerful dramatic sequence I thought would be perfect for Chris’ compositional talents. I sent him a message last night on Facebook, asking if he had time to look it over.

A moment later, I clicked through to my news feed, and the very first post I saw was in memory of Chris, who took his own life on Friday, in London. I never really knew Chris, and don’t pretend to know the circumstances of his death. I do know he was a sensitive, intelligent and highly talented human being, and I’m sorry we were never able to meet in person.

Too many friends and acquantances have died too young – from a car wreck, party drugs, an overdose, a climbing accident, cancer and heart failure – but Chris is the first to volunteer for that list.

His death comes less than eighteen months after the death of Mike Taylor, an Australian friend who had also contributed music to The Human, Earth Project.

To hear how Chris had struggled for years, essentially alone, to complete his own creative and technical endeavours, gave me a great deal of respect for him.

Today’s the 29th of February, that odd little day that comes around only once in every four years.

It’s like a little gift from the calendar to each of us – but aren’t they all?