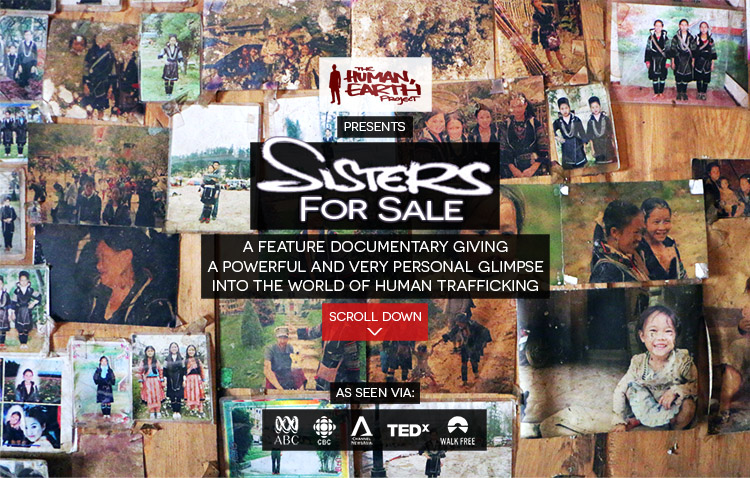 The Human, Earth Project has been a very personal undertaking for me, and it has taken on many of my own strengths and weaknesses.

I’ve never been a very patient person, and I rushed into the search for my kidnapped friends without arranging many of the practicalities in advance. As such, the Project was never properly funded. It never received any formal sponsorship or backing.

The Project has always been a grassroots movement, and all it has achieved has been thanks to the support of countless individuals from around the world. It has achieved a lot, too – far more than I’d ever hoped for.

With the proper funding, however, I now know it could have achieved – and could still be achieving – much more. I have neither the skills or time to do everything myself, nor do I have the funds to employ others.

There are two distinct halves to The Human, Earth Project – the film-making part, and the organisational part, including all the financial and promotional aspects.  My strengths lie in film-making, not in fundraising.

Having returned from Asia with such a phenomenal story and powerful footage, I wanted to finish Sisters For Sale and share it with the world as soon as possible. I focused on the film, and neglected the other half of the Project.

Scripting and editing a feature-length documentary is already a full-time job. To take care of everything else, I have to suspend work on the film itself, and that’s what I’ve now done. It’s been a month since I’ve done any work on Sisters For Sale.

After three very intense and challenging years, I’ve finally found balance in my own life, and am now working to do the same with the Project – to get the two halves working together, so that the Project can keep moving forwards.

I’ve always been good at handling money – saving it, spending it in the right places, and stretching it out in others. I’ve succeeded in keeping costs remarkably low on The Human, Earth Project. Nonetheless, as a multi-year feature-length film project, it has still been extremely expensive.

In these past few months, for the first time in two years, more money has come into the Project than has gone out.

I’d like to give a special mention to Benjamin George Griffin, my mother Susan and my brother Nick.

Even with their help, however, the money I have is not enough to finish Sisters For Sale – not nearly.

The only reason why Sisters For Sale has come so far on so little is because I’ve been able to do the vast majority of the work myself, and I’ve never taken any form of payment from the Project, not even a small stipend.

I’ve been a copywriter, a coder, a scriptwriter, a strategist, an accountant, an animator, an editor, a blogger and a graphic designer – and that’s just within the past week. I give my time and skills willingly to this Project, but I can’t expect others to do the same, and I can’t do it all myself.

The single greatest expense in the past three years was having a cameraman accompany me in Asia for ten months. To finish Sisters For Sale properly, to do justice to the incredible story I have, more professionals will be required – a sound engineer, a colour grader, an animator, musicians.

Given the funds, Sisters For Sale could be finished in six months. The projected costs for those six months, however, are the same as those for the past three years combined. It’s going to cost more than I can ask of you.

For the first time, I’ll be seeking funds from organisations, not just individuals. I’ve spent the past month in preparing a new fundraising campaign – writing a proposal, building a contact list, creating a more comprehensive trailer, developing a new and improved website.

Much of the work is new to me, and I’m learning as I go. With every step, I see the Project growing, gaining strength, and gathering momentum. I’ve had some fantastic and much-appreciated help this month from volunteers, particularly Kerstin Raitl and Sammantha Mavin. Ben Warren has again assisted on our brand new website, which launched this week, and showcases The Human, Earth Project better than ever. You can check it out here.

Subscribe here to receive all the news from The Human, Earth Project.