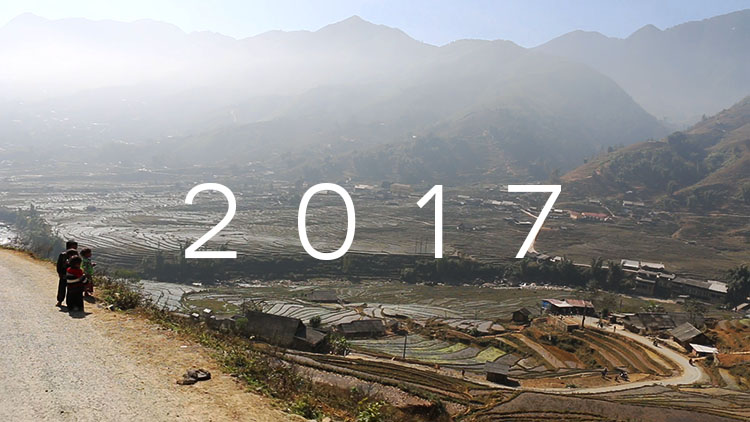 Some of you haven’t heard from me in three months, and I apologise.

A technical glitch has prevented delivery of news via the mailing list. You’ll have missed some interviews, my year-end reflection, and my new year’s resolution.

Today I’ll be looking at where ‘The Human, Earth Project’ stands, where it has come from, and where it’s going, for those of you who have been following and supporting the project.

Over the past four years, ‘The Human, Earth Project’ has been incredibly flexible.

At times, there have been a dozen or more people working with me on the project. They come with particular skill sets for particular tasks – be it filmmaking, coding, communications, or whatever – and when their work is done, they disappear.

With the 2016 fundraising campaign behind and a long edit ahead, the project has returned to its original state: just me. For the next four months I’ll be immersing myself in vast seas of sound and vision, working alone to complete the rough cut of our feature documentary, ‘Sisters For Sale’.

(Well, that’s not quite the whole story: there are a few exciting things happening behind the scenes, but it’s too early to share those just yet!)

When the rough cut is finished, I’ll be bringing together a team of professionals to help finish the music, sound, colours and animations for the film, which is on schedule for completion in September.

A year in review

Since the very beginning of ‘The Human, Earth Project’ four years ago, I’ve been keeping a close watch on my finances, to minimise expenses and continue my work against human trafficking for as long as possible.

Last January, I began collecting more detailed information, keeping a close watch not only on how I spent money, but I how I spent my time, so that I can keep making that work as effective as possible.

This January, for the first time, I had a chance to review my 2016 data.

For me, 2016 was a year split in half, dominated first by post-production on ‘Sisters For Sale’ – researching, scripting, editing, creating graphics and animations – then by our overwhelmingly successful fundraising campaign, which involved a huge amount of preparation and promotion.

My work expenses were lower in 2016 than in any other year, by a significant margin – less than half those of 2014. (2017 is expected to be much more expensive, however, as I purchase additional equipment and software, and bring together a team to complete ‘Sisters For Sale’).

As dull as it might sound, sifting through the data has been of great benefit in helping me to identify where time and money is best spent, and where it is not, to make plans and allocate resources going forwards.

This blog is one example. While still a useful means of updating existing supporters, writing this blog can be very time-consuming, and has never been a highly effective way of raising awareness of my work.

Last year I wrote 36 blog posts for this project. At an average of 3.5 hours per post, that’s three full working weeks. I’ll be blogging less frequently this year, and using my time in more effective ways.

The overarching purpose of my work is raising awareness of the global human trafficking crisis.

Our feature documentary ‘Sisters For Sale’ will be the key channel for raising awareness – but it is not the only one. Sharing our story via traditional and digital media can also be extremely effective.

Last year, our story reached the front pages of Imgur (four times) and Reddit (twice). It was shared by major news sources, including VICE.

According to Imgur, our story reached six million people via their site alone, in a period of just two months. Our most popular Imgur post continues to rise, currently standing as their 29th most popular post ever, from over a billion posts.

It’s worth taking a moment to recall that ‘The Human, Earth Project’ started with a single human being and a seemingly impossible idea. It has been kept alive by a little luck, a lot of persistence, and the support of countless individuals around the world.

Don’t ever let them tell you that one person can’t make a difference. And, hey – you’re one person.

I’m grateful to each and every one of you who have helped keep this dream alive by contributing to my work, and by helping to spread our message.

I’m overwhelmed by those of you who have gone the extra mile, using your energy and initiative to raise funds on behalf of ‘The Human, Earth Project’.

There’s Carola Irvine, who rallied her family and friends in the Netherlands to support our 2014 fundraising campaign;  Suzie Hanlan, who raised money by teaching yoga classes in Alaska; and This Is Water, who ran a one-day yoga event in Malaysia in December.

And of course, there’s Myste Laquinta, whose search for more intelligent uses of social media brought countless thousands to our cause, made her the true heroine of our 2016 fundraising campaign, and embarrassed us all by making it look easy.

My mother Susan reached out to family, friends, and many of her contacts within the Girl Guides, with whom she has volunteered for 20 years. One of her guide leaders, Sammantha Mavin, organised a fundraising trivia night on our behalf with her group.

Most recently, I’ve been deeply grateful to Rita Schaad and her band of “Xmas pudding ladies”. For two decades, Rita, Margaret Smith, Susan Callister and other members of the former Lambton/Mayfield Girl Guide Support Group have been making and selling Xmas puddings in my hometown in Australia.

This December, Rita’s group used their work to support my own, which was amazing: Thank you!

A story worth telling

I find it beautiful that ‘The Human, Earth Project’ seems to have reached a point where it has taken on a life of its own, and no longer needs me to guide it through every step.

All but one of the fundraising efforts mentioned above were undertaken without my knowledge. Articles have begun appearing promoting my work, written by people I’ve never spoken to, published on sites I’ve never heard of.

While ours is a complex story about a complicated issue, and details can be lost or confused in the re-telling, awareness of the core message is spreading.

It has proven itself as a story that people want to hear, and want to pass on to others – even before the documentary itself has been completed.