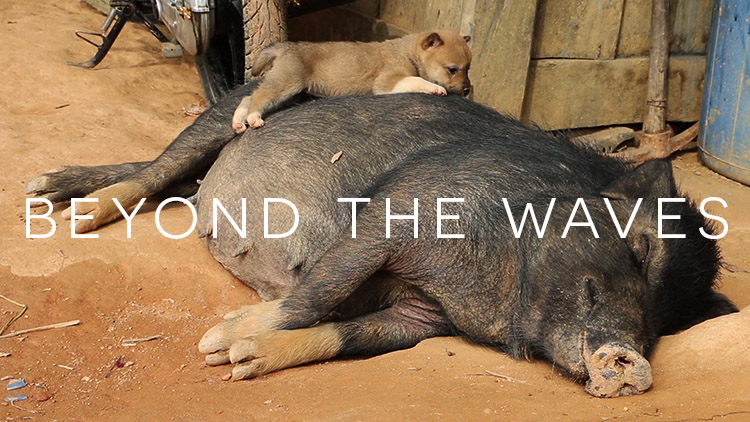 This week marks not one but three milestones.

On Tuesday I shared a birthday with ‘The Human, Earth Project’, now in its fifth year, so this – my 200th blog post – seems like a good moment to pause for reflection.

I was fortunate enough to have been born and raised in a safe, comfortable home where my basic needs were all met. That’s an easy thing to take for granted, when you’ve never known anything else.

Five years ago, my life fell apart in ways I never imagined possible. All at once, I found myself without money, a job, a home or friends in a city where I couldn’t even speak the language.

What followed were the most difficult months of my life. An experience like that can teach you a lot – about the world, about others, and about yourself.

Four years ago, I launched ‘The Human, Earth Project’ to raise awareness of human trafficking, and to help people in situations far more desperate than my own.

In a sense, by pushing me back into the world, this work also became part of my own healing. I was hurled back into the current of humanity, not knowing where it would take me.

So where has it taken me?

To plunge into that current of humanity is to open yourself to the full spectrum of human emotion.

There is a popular belief that we human beings are fundamentally kind and caring creatures, willing to use what power and privilege we have to help those less fortunate than ourselves.

In many cases, that’s true, and it certainly makes us feel good – but it leaves so much of the story untold.

Working against human trafficking has exposed me to the most hideous parts of humanity, the horrendous cruelty and suffering we inflict on one another to get ahead.

For my efforts to share a difficult, complex but vital message, I’ve received both praise and blame from around the globe.

I’ve been accused of, and occasionally congratulated for, all kinds of things I’ve never done. I’ve been lifted by applause, and struck down by heartless attacks.

I’ve witnessed outpourings of incredible kindness and generosity from complete strangers. I’ve felt envy and misguided anger from those who understand neither my work, nor the struggle and sacrifice behind it.

There was a time that I kept a close eye on each of those waves as they came rolling in, monitoring traffic to the Project’s website and social media, carefully handling each response. I rode the crests, and sank into the troughs.

As the years pass, however, the individual waves no longer seem so important. I see them now as fast but meaningless oscillations, tiny pieces of a much larger pattern.

Somewhere beyond those voices of praise and blame are the ones I’m doing this for, and they don’t have voices.

I understand that I’m here for the long haul, and – though I’ll never see the final results of my work – I’m going to keep pushing forward.

I understand that there will always be detractors, people incapable of believing in the goodness of others.

Me, I need that belief to continue, so I’m going to focus more on the positives.

I’m not going to waste my time worrying about the waves, when the tide rises more gradually.

The CNN Freedom Project reaches huge international audiences in their efforts to raise awareness of the global human trafficking crisis.

Yesterday they began sharing a short film on my own work, both online and via their international TV network.

You can check it out here – I’d like to thank Stephen Roberts, Kerstin Raitl, Annalena Moritz and ‘Explain-It’ for making it possible!