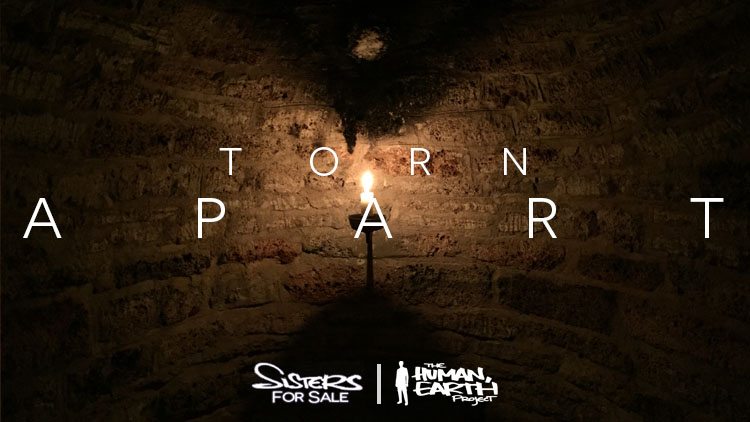 ‘Sisters For Sale’ has been my baby for years.

I’ve been intimately involved in every stage of its development – which makes me the worst person to see it objectively, much less to tear it apart.

Last month, I visited Denmark’s second-largest city, Aarhus, to work on the film with Jeppe Hildebrandt of Potemkin Film College. Jeppe and I spent days poring over the film in minute detail, tearing it apart, picking out every flaw. We broke the film to pieces so we could put it back together, stronger and sharper than ever.

I finally came to understand what it means to “kill your darlings”, and just how brutal that process can be.

There were sequences in the film I’d envisioned for years, which I’d meticulously planned out and painstakingly constructed, and considered essential cornerstones of the film.

There were other sequences I was convinced had already been cut down as much as possible.

Jeppe and I found ways to cut them down again. And again.

It’s difficult to destroy something you’ve worked so hard on and poured so much love into.

It’s a process of swallowing your pride, being painfully honest with yourself, and examining your reasons for making the film in the first place.

It’s a process of humility, of letting go, of accepting the fact that the film is more important than you and your bruised ego.

A moment arrives when the film begins to outgrow its creator, and take on a life of its own. It becomes a living thing, restless and demanding.

And ‘Sisters For Sale’ is looking better than ever. In a sense, my time in Denmark also brought me back to the roots of ‘The Human, Earth Project’.

When it first launched in 2013, the Project was all about getting out into the world, of meeting strangers and learning their stories, of tapping into a current of humanity that crosses cultural boundaries.

Since leaving Vietnam in 2015, my work has involved spending far too much time on a computer to finish ‘Sisters For Sale’.

It’s been fantastic to get back out and see a wonderful little corner of the world, to get to know some of the people there and learn about their lives.

I want to give a massive shout-out to Jeppe for all of his hard work!

I’d like to thank Finn Mathiasen, the head of Potemkin’s documentary department, for making it possible.

Over the past month, I’ve also received invaluable and much-appreciated feedback from Julie Steinbach, Claire Harris and Berit Madsen (director of 2014’s acclaimed documentary ‘Sepideh’, which screened at some of the most prestigious film festivals around the world).

And last but not least, a huge thank-you to Kerstin Raitl for being amazing!