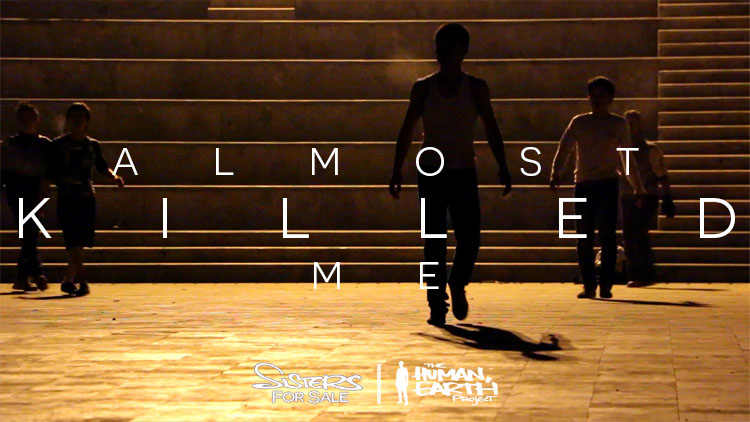 I never imagined making a feature film would be easy, but I never knew how hard it was going to be.

You pick the film apart. You put it back together. You watch it again, and again, until you just can’t see it anymore. You push yourself, just a little further.

Making ‘Sisters For Sale’ has never been an easy process. For years, I’ve put everything into this project – all of my time, all of my energy, all of my personal savings.

I’ve been threatened with murder and extortion and legal action. I’ve been attacked, and accused of all sorts of things.

I’ve lost friends, and people I cared about deeply. I lost myself. I’ve lost contact even with the friends I started this work for.

This project has left me in personally very difficult places, much more so than I’ve been willing to admit publicly. I’ve relied on the help of others far more than I’ve been comfortable with.

I’ve watched as those around me have advanced in their careers, grown their businesses, bought homes, started families, settled into more comfortable lives.

I can hardly remember who I was or what I wanted when I first began this project, so completely has it consumed my life.

Anyone who knows me well knows I don’t function properly without sleep. I can go without eating, and have a high tolerance for discomfort – but not sleeping just destroys me.

This summer has been an odyssey of sleep deprivation, of making crucial technical and creative decisions in no fit state to do so.

I’ve discovered that the key to working longer hours is simple: just remove regular meals, sleep and any meaningful human contact from your life.

In the end, I wasn’t working to finish a film: I was working to get my life back. I’m grateful to have survived the past few months without illness or any major technical issues.

Last year, I spent long hours working through illness and exhaustion to meet the targets I set myself. I’ve already exceeded last year’s total hours – four months early – and have now gone far beyond them. I don’t want to tell you how much this project has cost, but I will say it has cost substantially more than the funds we raised last year, without my having been paid a cent.

It could easily have cost four or five times as much if I hadn’t been keeping a close eye on the finances, and handling so much of the work myself.

At a certain point, you realise there is no finish line, that the film can be endlessly refined, that the process can continue indefinitely.

At a certain point, you have to draw the line yourself.

At a certain point, all that time and money and heartache, all those countless hours of footage shot, all those thousands of kilometres travelled, all boil down to a single video file, like a piece of yourself that has been cut out and preserved in digital format.

We still don’t have that file – others are still working on the music and sound – but my part in the post-production of the film is essentially over.

Last year, I announced I was taking a break from this project – and took just five days off before launching into a long, emotionally-draining fundraising campaign.

I realise now that I can’t get away from the project so easily – there’s always more work to be done – but I will be taking more time for myself over the coming months.

I’d like to thank Claire, Curtis, Danilo, Jeppe, Laco, Mai, Marta, Qiuda, Roman and everyone else I’ve worked with this year – you’ve been amazing.

If you haven’t pre-ordered the film, that’s still the only guaranteed way of seeing it.