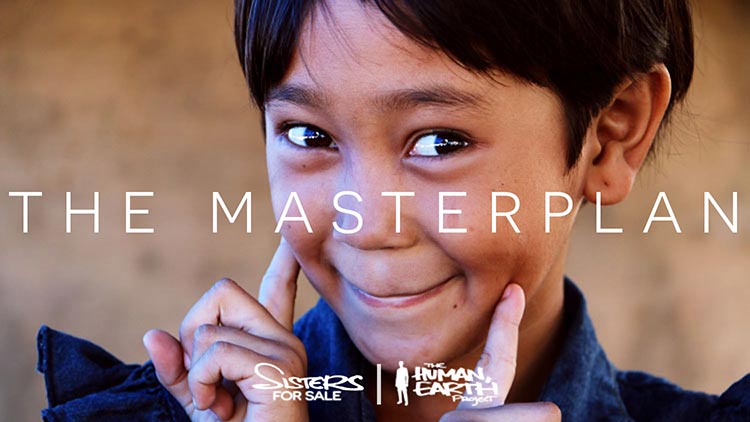 I have something very special to share with you in the coming week. Today I want to give you a glimpse at what’s been happening behind the scenes, to give you a better idea of where we’ve come from, and where we’re going.

Ten years ago today, I began my first journey through Asia.

I spent 3 years and 3 months travelling overland from Indonesia to India. It was a journey that took me from sandy tropical beaches to the frozen heights of the Himalaya.

I travelled through 11 countries, taking a series of portraits of local people in towns and villages along the way. This one, for example, is a little girl named Dian, whom I photographed in Sumatra in October 2008: Five years ago, I returned to Asia to reprise that journey, to search for 100 of those people and learn their stories.

After an epic ten-month journey, I succeeded in finding no less than 80 of those 100 people. They were wonderful people, and they shared incredible stories with me. Here’s Dian in October 2013, after surviving a major earthquake in her hometown: I took a cameraman with me, and the entire journey was filmed, to be made into a series of short films, tentatively titled ‘Epic’. We released a teaser, and I even began editing the first film.

But life laughs at our plans.

Something incredible happened – against all odds, I actually succeeded in finding my friends May and Pang, who had been kidnapped from their home in Vietnam and sold as teenaged brides in China.

‘Sisters For Sale’ is an extremely unusual story with the power to make a very real difference against the global human trafficking crisis. There has been so much interest in the story that we’ve begun expanding it as both a book and serialised podcast.

The documentary is now in the final stages of post-production, and is due for release in the coming months. The book is well underway and is looking great, with a manuscript expected by the end of the year.

Our plans for the podcast, however, have also changed – after a phenomenal amount of research, having produced a great pilot episode and scripting several hours’ worth of fascinating material, producer Claire Harris is no longer available for the project, and the podcast is currently on hold.

Claire has been a pleasure to work with over the past eighteen months. I’m sorry to see her leave the project, and wish her all the best for the future.

‘The Human, Earth Project’, at heart, is a tiny project. With the right funding, there’s so much more we could be doing to raise awareness of human trafficking – not only with the ‘Sisters For Sale’ podcast and the ‘Epic’ films, but in building a true global community.

Claire was working part-time on this project for eighteen months. If we could have given her the money she needed to dedicate a little more time to the project, I’d be sharing a completed podcast with you now.

With the right funding, the ‘Epic’ films could also have been completed by now. It’s frustrating to find these limits constantly drawn around our work, when we could be achieving so much more.

The work we do is highly specialised. To do it properly, we need talented people, and we need to be able to pay them for their time. Until we can do that, we’re going to lose great people like Claire, and a lot of great opportunities to make a difference.

I currently have three core team members working with me on ‘The Human, Earth Project’ – Melissa Adams, Katie Carriero, and Astrid Hofer. All three are highly talented – and all three are volunteers, giving what time they can outside their regular jobs.

With the right funding, we can give our team the support they need to help the project grow. We’re now working to source the funding we need so that this project can reach its true potential, and make the biggest impact we possibly can.

This is an important time for us, with the release of the documentary approaching, and I hope it’s one we’ll be able to take full advantage of.