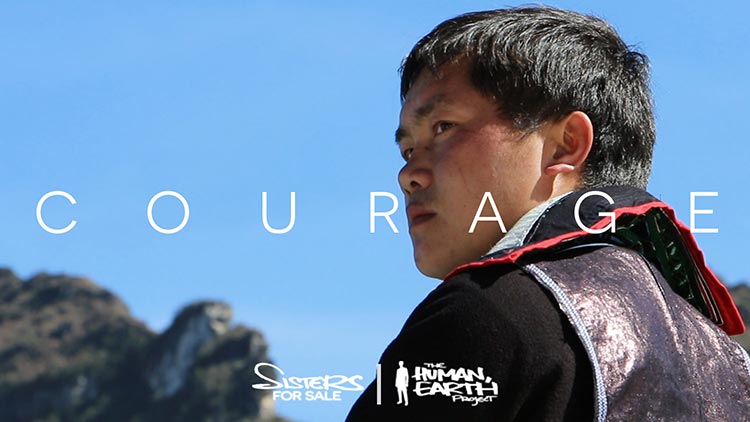 Last Thursday was the world premiere of our feature documentary, ‘Sisters for Sale’, at the X Festival del Cinema dei Diritti Umani di Napoli – that is, the 10th Human Rights Film Festival of Naples, in Italy.

The day before the premiere, we released the gorgeous ‘Sisters for Sale’ soundtrack, which you can now enjoy on our Bandcamp page.

The same evening, I announced our premiere on image-sharing website Imgur, whose community gave a huge amount of attention and support to our 2016 fundraising campaign.

Once again, my announcement was quickly voted to the top of the front page, where it was seen by over 160,000 people within the next 24 hours. I found myself awake until 5.30am to answer questions and engage with the community, which was fantastic.

(Thanks to Astrid and Liz for helping me retain some semblance of sanity while I wandered ever-deeper into the realms of sleep deprivation!)

Unfortunately, we weren’t represented at the film festival in Naples – two of our team members who had planned to attend had to cancel at the last moment, while two supporters found themselves caught up in the chaos of Neapolitan traffic and missed the screening altogether.

The prize is named in remembrance of Vittorio Arrigoni, an Italian writer and activist who was killed while supporting the Palestinian struggle in Gaza in 2011. It is awarded by a panel to the film regarded as “the most courageous” in exposing an important yet little-known issue.

‘Sisters for Sale’ was cited as having depicted human trafficking in a brave and engaging way, and was praised for its intelligent and non-judgemental approach to the subject.

The festival’s organisers are now interested to arrange further screenings with the Human Rights Film Network, which is very exciting.

Having spent so much time working on the film, it’s wonderful to see how warmly it has been received. It’s a very promising beginning for ‘Sisters for Sale’.

(Our Australian premiere in January is the next major event on our calendar, with details to be released soon!)

The idea of ‘Sisters for Sale’ being an unusually courageous film is an interesting one.

Courage is a relative term, and it is different for each of us.

While filming ‘Sisters for Sale’, for example, I discovered that I was prepared to risk my life in the face of foreign organised-crime networks. I did so with hardly a second thought – but I don’t see that as being particularly courageous, because it didn’t really scare me.

At the same time, there are certain things that might be extremely simple for other people and hold no danger whatsoever, yet they absolutely terrify me. I believe that true courage lies in overcoming those fears.

I’ve spent over a decade travelling the world. Time and again, I’ve put myself in dangerous, even life-threatening, situations, and happily so – and yet, for example, I struggle to look my friends and family members in the eye and tell them how I really feel about them.

That doesn’t make me courageous, nor does it make me a coward. It simply makes me human.

Today, I have something to share with you, and I can honestly tell you that this is the most courageous thing I’ve ever done. Though it might seem a small thing to you, it scares me senseless.

(You might think I’m kidding – I’m not. You should feel how fast my heart is beating right now.)

I’m the kind of person who’s always busy with something. While it might look like I’ve been working less this year than last, that’s not true at all.

This January, I mentioned I was working to get some balance back into my life. To me, that didn’t necessarily mean working less – it simply meant working on something else.

My hours with ‘The Human, Earth Project’ have been lower this year because I’ve been working on a second project, and today I’m ready to share it with you.

While it may not be as meaningful or far-reaching as my work with ‘The Human, Earth Project’, this new project means a lot to me personally.

Some of you – especially those close to me – might be surprised that you’ve never heard about it before now.

There’s a simple reason for that: nobody has. It has been a very closely-guarded secret until today.

Until right now, in fact.

This new project has nothing to do with ‘The Human, Earth Project’, but it’s important for me to share it, and this is the best platform I have. If you’ve been following my other work, I think you might like this. Otherwise, I apologise.

You can find it here.

(For the moment, the other project is on this same website. That was just the simplest place to put it – it’s not actually associated with ‘The Human, Earth Project’).