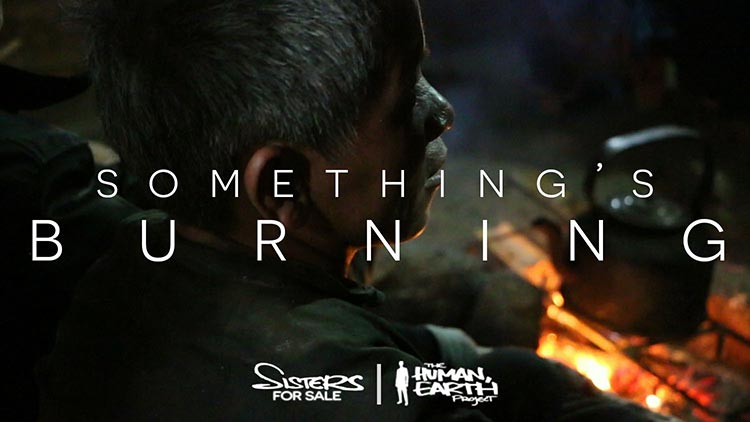 This year’s festive season has been marred by catastrophic technical failure for our feature documentary, ‘Sisters for Sale’.

‘Sisters for Sale’ is comprised of over a thousand separate video, audio, animation, graphics and music files.

Using the software, editing instructions and subtitling information contained on the project’s main computer, these files can be combined, processed and packaged into a single video file, which can be created in a variety of different formats, sizes, and languages.

Our world premiere in Naples, for example, used a high-quality, full-resolution version of the film, with Italian subtitles printed onto the images.

I first started noticing issues with the computer earlier this month, while preparing a new version of ‘Sisters for Sale’ for its upcoming Australian premiere at the Screenwave International Film Festival.

The computer’s condition rapidly deteriorated, and within a few days I was able to access Windows only through ‘Safe Mode’. In preparation for the worst, I made new backups of the files associated with the film.

(I can already hear all the Mac people saying, ‘You run Windows? There’s your problem!’ – and yes, in this case, you’re absolutely right).

Hoping to save the computer, I used the system tools to “refresh” Windows – that is, to reinstall the operating system without touching the other contents of the drive.

Something went terribly wrong, and I was no longer able to access the computer at all. I want to thank David Imison, Marcus McCarthy and Nick Randall for their invaluable technical assistance over the past week.

Unfortunately, the news wasn’t good. Not only had the Windows refresh failed, it had also removed all reference to the ‘Sisters for Sale’ files, and overwritten many of them.

“Extremely unfortunate” was the expression used.

That would have been bad enough, but the massive technical failure was mirrored by one of my own.

Over the past five years, I’ve been very careful to keep numerous copies of the ‘Sisters for Sale’ files in multiple locations.

When I attempted to reconstruct the film on a replacement computer, however, I discovered that there was a handful of key files I’d consistently overlooked when creating backup versions.

These were the colour-corrected video files created last year by Laco Gaal in Budapest, and were crucial to reconstructing the film.

Marcus was able to recover some of these files from the old computer. Most of them, however, no longer exist.

The good news is that I’ve salvaged existing copies of the documentary in English, French and Italian. The film is now being sent to Screenwave, and the Australian premiere will go ahead as scheduled next month.

The bad news is that, until the missing files can be replaced and the film reconstructed, there’s little else I can do with the documentary, and I won’t be able to complete the other translations of the film.

A second colour correction of the documentary will have to be made. While it’s not the end of the world, it is an unexpected drama and expense at a time when the film had already been completed, and when I’d already turned my attention back to writing the ‘Sisters for Sale’ book.