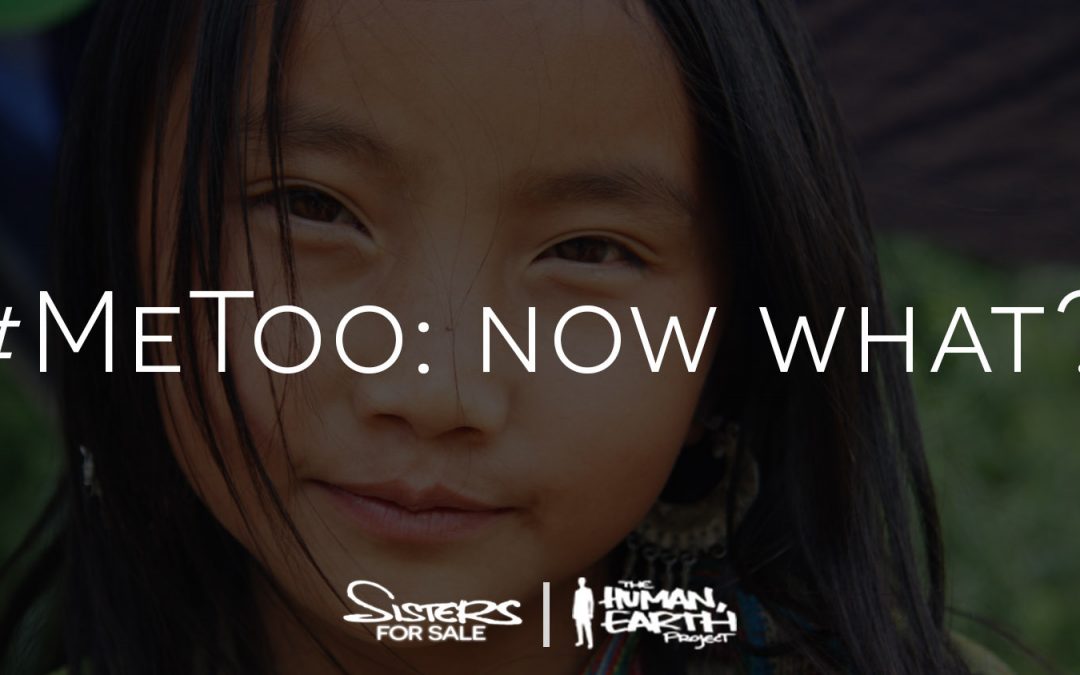 Six years ago, after my friends were kidnapped, I launched ‘The Human, Earth Project’ to raise awareness of human trafficking.

My work with human trafficking soon led me to an even larger issue, which affects us all directly: the issue of women’s rights.

For the past fifteen months, I’ve been following the #MeToo movement with particular interest.

It’s a movement I’d love to see change society in a positive and lasting way, and – for the sake of both women and men – I’d love to see that change come as quickly as possible.

Right now, that’s not happening. There are very serious problems with the #MeToo movement which nobody seems to be talking about.

Where did it all go wrong?

The first step in solving any problem is awareness.

In October 2017, the #MeToo movement succeeded spectacularly in raising awareness of the global pandemic of sexual mistreatment against women.

The next step is to move towards a solution. In that regard, as the recent Gillette furore has shown, #MeToo is failing.

The very thing that brought so much attention to the problem – calling out men for their disgraceful behaviour – is now preventing us, as a society, from solving that problem.

We’ve identifying a very serious issue within the fundamental fabric of our society. Rather than coming together to address that issue, we’ve done just the opposite.

We’ve been aggressively taking sides and alienating each other, dividing when we most need to unite, and behaving emotionally when we need to act rationally.

Those of us on the left need to ask ourselves what we truly value most: the protection of women and their rights against sexual mistreatment, or our own righteous and superior behaviour?

In moving towards a productive solution, there are three simple facts that must be recognised – simple facts, but not necessarily comfortable ones.

Fact #1: While awareness of the issue relies on women, solving the issue will ultimately rely on men.

The #MeToo movement focuses on male misbehaviour in an unfair power dynamic. Much of this misbehaviour occurs behind closed doors, where men tend to control situations physically, psychologically, and often economically.

When a man controls the power dynamic, he cannot be forced to behave a certain way – nor is the increased possibilty of future legal action an adequate deterrent. The man must change his own behaviour, and do so willingly.

Fact #2. Involving some men is not enough. Until the solution involves all men, this issue will continue to exist.

The solution needs to be cultural rather than merely legal or political – and, for a cultural change to occur, critical mass amongst the male population must be achieved. Any solution that involves only the most liberal-minded men is no solution at all.

To involve all men in the solution, the issue needs to be approached with inclusiveness and understanding. Which is to say, consideration must be given to the thoughts and feelings of men.

That’s a big step from #MeToo’s current position, I know. Understandably, some will disagree on principle, particularly given the fact that I’m male. If your only aim is to start a fire, there’s all the fuel you need. If you genuinely believe in building a better society for us all, please bear with me a little longer.

Fact #3. To involve all men, the issue must be approached from another angle. We need to start telling another story.

Let’s imagine an average Western man in 2019. Since birth, this man has been surrounded by stories in which male protagonists overcome extraordinary odds and become heroes. From a very young age, his sense of self-worth has been deeply and inextricably tied to his sense of personal success.

As a man, he learns that the world is not so simple. The average man is, after all, only average. He is expected to conform to the ordinary, and has few, if any, opportunities to become extraordinary. In a faltering economy where secure, full-time jobs are disappearing and property prices are climbing rapidly out of reach, our average man finds it hard enough just getting by.

With the appearance of #MeToo movement, he now finds himself villainised for behaviours that were instilled in him as normal and acceptable. Not only has he failed to overcome the odds stacked against him, he’s now being told he’s the bad guy, a failure as a man.

#MeToo has hit him where it hurts, with a direct attack on his pride, ego, and sense of self-worth. For him, it has immediately become an emotional issue, rather than a logical one. #MeToo has succeeded in reaching him, but failed in its most crucial aspect – changing his behaviour. In many cases, #MeToo has spurred him into battle – against the movement.

Many supporters of the #MeToo movement seemed confused by the aggressive pushback against the recent Gillette commercial, but it made perfect sense. It was the reaction of men who feel they have been attacked unfairly, and are now being told to play a new game whose rules they do not understand.

How can we turn that around, and gain the support of all men? How can we create the cultural change necessary to end the pandemic of sexual mistreatment of women?

There is a solution, and it’s a remarkably simple one.

There is no valid rational argument against the #MeToo movement. Women have every right to be treated respectfully. The obstacle is merely an emotional one, founded on the male sense of self-worth.

The #MeToo movement will only succeed when it succeeds in winning over male pride and ego. Until it does, it will be impossible to achieve critical mass for the necessary cultural change.

Women have been treated unjustly, and harmed in countless ways. To ask them now to spare a thought for male pride and ego is asking a lot; I realise that. Hear me out.

To change a culture, we need to change the stories we tell ourselves. To win the support of men, we need to stop making them the bad guys of the #MeToo story.

Like so many issues in contemporary politics, the #MeToo movement has become mired in an embittered, “us vs. them” standoff. The only way to break that deadlock is by shifting the conversation to common ground, and a subject we can all agree on: the protection of our daughters against sexual abuse.

When we stop attacking men for their behaviour and give each an opportunity to take a more positive role in the story, then – and only then – will we begin moving towards a solution to protect our communities.

To end the pandemic of sexual mistreatment of women, the change needs to be cultural. The importance of treating each other respectfully, regardless of gender, must be instilled as a core value on a wide scale, at an early age.

It would involve a huge change – but if we truly want to do it, it can be done, and quickly. Here’s one way it could be done.

The first step would be to form parents’ groups with the school community. These groups should meet regularly with class groups at every level of a child’s education. The groups should include both men and women, without being dominated by either gender.

The purpose of these groups would be to initiate discussions amongst classes on what might or might not constitute respectful behaviour by students of all genders towards their peers, and to encourage ongoing communication on the subject.

As the students mature and become sexually active, these conversations on respect will turn naturally to issues of sexual consent.

Students should be able to easily and discreetly contact the group with any issues they encounter in their own lives. All issues should be taken seriously and discussed by the group. Representatives of the group should speak with any students believed involved in disrespectful behaviour, and their parents if appropriate.

These groups would serve two important functions. Firstly, to redefine cultural norms amongst the younger generation, and to provide a safe, supporting environment in which to foster more respectful behaviours.

Secondly – and just as importantly – to create a forum for men and women to work together to find practical solutions to problems affecting their own communities, in a way that allows men to enter the conversation as the good guys, not the bad guys.

By giving them an active role as community leaders protecting their own children against abuse, these conversations will encourage men, in a non-confrontational manner, to question their own attitudes and behaviours within the redefined cultural norms, which will necessarily have a “trickle-up” effect into their own lives, and the lives of those around them.

And that’s the aim of the game.

I’d love to hear your thoughts,