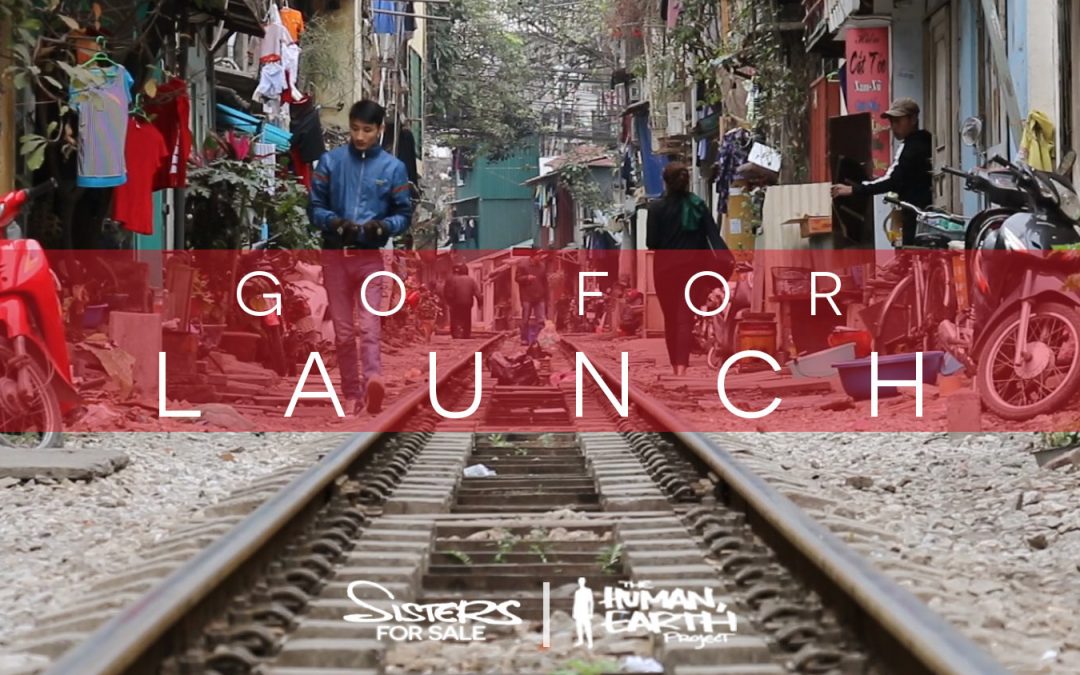 Two weeks from today will be the global launch of our award-winning feature documentary, ‘Sisters for Sale’.

Today, for the very first time, those of you who have supported our work will receive a very special sneak-peek at the film.

If you’re eligible for today’s sneak-peek, you should have received an email in recent weeks confirming your location and chosen language. If you haven’t received that email or selected your language, please get in touch with Katie at thehumanearthproject@gmail.com.

If we’ve already received your details, you can expect to receive a second email within the next twelve hours, with a link to see ‘Sisters for Sale’ in your chosen language.

Alongside ‘Sisters for Sale’ itself, there are other rewards from our last fundraising campaign we’ll also be delivering this week. If you’re eligible for those, you can expect to receive the details via email very soon!

During our last fundraising campaign in late 2016, some of you saw the 40-minute ‘Little Sisters’ rough edit of the film.

What’s changed since then?

‘Sisters for Sale’ is an incredibly complex five-year story. I consider myself a proficient writer, but telling ‘Sisters for Sale’ concisely and coherently in feature documentary format was the greatest writing challenge I’ve ever faced.

In 2017, we ran through relentless cycles of scripting, editing, and reviewing. The first full edit of the film stood at a whopping 122 minutes, before we succeeded in cutting it back to the final 87 minutes.

I was joined by a group of other professional filmmakers to fine-tune the edit, correct the colours, record the narration, finish the animations, and mix the audio.

There were unexpected and unavoidable delays with the film’s original score, following the death of one composer and the disappearance of another. The gorgeous final soundtrack, composed primarily by Johanna N. Wilson, was definitely worth the wait.

We took advantage of the delay to organise seven foreign-language translations of the film (those listed above, plus Chinese, which is not currently being shared). This was a huge job involving 70 people, and some stellar supervising translators.

After premiering internationally at two competitive festivals and winning prizes at both of them, we’ve made the unusual decision to forego any further awards, and have taken ‘Sisters for Sale’ out of the festival circuit so we can share it with you today.

It’s been a long journey, and it’s exciting to have reached this point – I’m looking forward to hearing your response to the film before we release it to the broader public!

For those of you who aren’t eligible for the sneak-peek and want to pre-order the documentary for 16th May, we’ll be releasing the details later today – stay tuned!