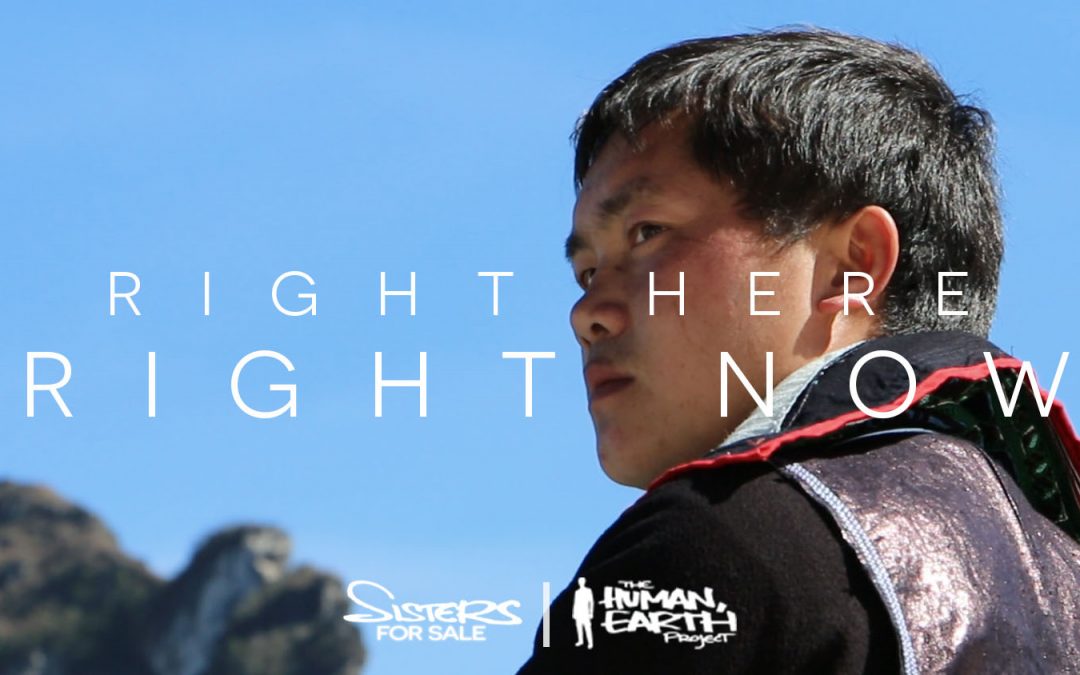 It’s a modest achievement compared to some of our previous fundraising efforts. (On 1st November 2016, for example, we reached over half a million people in a single day).

Even so, it’s the equivalent of reaching every woman, man, and child in a small city – a very respectable accomplishment for a two-person fundraising team with some part-time helpers and zero promotional budget.

That’s the strength of our story.

Hundreds of you have now seen our award-winning documentary, ‘Sisters for Sale’, ahead of its global launch this week, and we’ve received some wonderful feedback.

In the coming days, for the first time, we’ll also be sharing a very special sneak-peek at the ‘Sisters for Sale’ book, which I’m currently writing.

We’re here every day – working up to 18 hours a day – to raise awareness of the global human trafficking crisis. We don’t get paid, and never have.

We do this work because it’s important.

Nobody should be bought and sold like objects. Nobody should be forced into marriage or prostitution or slavery – yet this is the daily reality for over 40 million people around the world.

Awareness is crucial, and ‘Sisters for Sale’ is a uniquely powerful story which can make a very real difference against the human trafficking crisis.

Our ongoing anti-trafficking work is entirely dependent on support from individuals like you.

The last time we ran a fundraising campaign, in late 2016, we were desperate. We had a half-finished film, and no funding to complete it.

We’re not desperate anymore. We’ve finished our film – but there’s so much of the story that has been left untold, and so much more we could be doing to engage people with the facts of human trafficking.

If we can’t get the funding we need to continue, it will severely limit the impact ‘Sisters for Sale’ is able to have, and perhaps even lead to the end of ‘The Human, Earth Project’.

On the other hand, this could be a new beginning, launching our anti-trafficking work onto a whole new level.

Right now, all possibilities are open, and the outcome depends on you.

If you believe in our work, now is the time to let us know.

I’m more than willing to continue this work, to set aside my own financial future to help those who need it most, but I won’t lie – I’m tired. I’m tired of asking for help just so that we can keep working.

If we get the funding we need to continue, then that’s what we’ll do.

If we don’t, we won’t. We’ll keep working until the money runs out, and then we’ll move on to other things in our lives: easier, more lucrative things, where we actually get paid for our time and energy.

So please, take a moment to ask yourself, what can you do to help?

You make a very real difference right now at www.sistersforsale.com

I’d like to thank those of you who have already contributed to our 2019 fundraising campaign. Contributions have come from all over the world – some from long-time supporters, others from people who are getting involved for the first time: