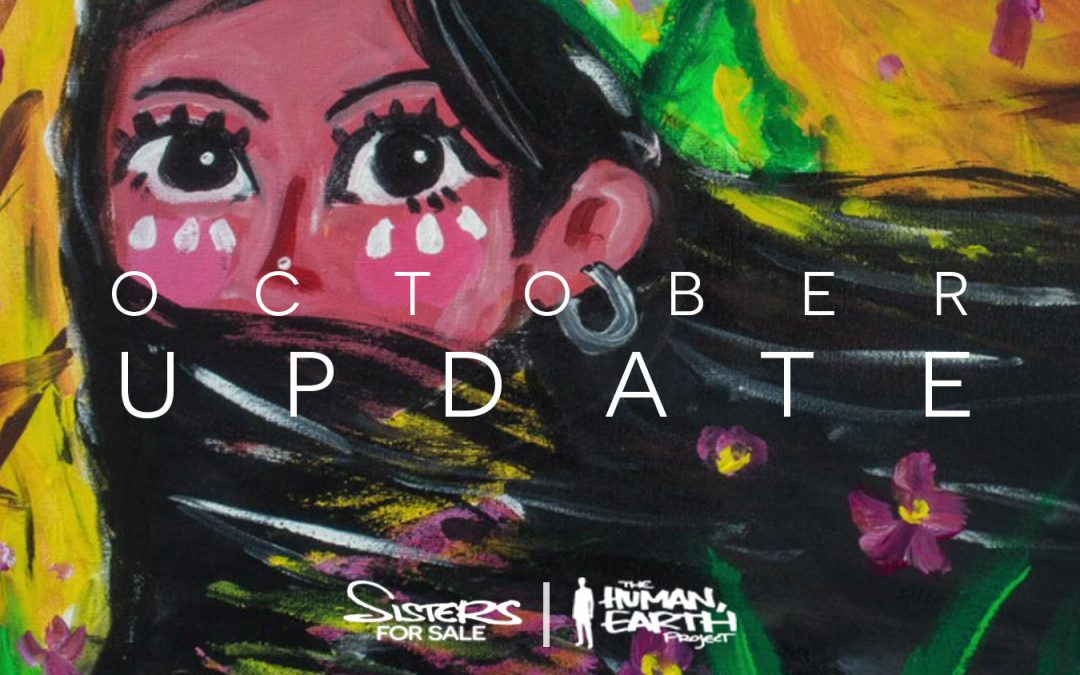 I have plenty of great news to share with you today – an upcoming film festival this week in South Korea, and some fantastic news and photos from last week’s festival in Malaysia and an independent screening in Canada!

This week’s festival in South Korea

Our feature documentary, ‘Sisters for Sale’, has now taken on a life of its own.

While I’ve been working to finish the ‘Sisters for Sale’ book, we haven’t been promoting the film at all, and hadn’t planned any more festival screenings beyond our European, Australian, and Asian premieres.

The film has been extremely well-received, however, and I’ve now received several other festival invitations.

One of these will be this Monday at SHOFF in South Korea’s second city, Busan. Each year, Busan hosts BIFF, one of Asia’s most important film festivals. Believing that BIFF has become overcommercialised and obsessed with celebrity, a group of local artists have founded SHOFF as a more politically-conscious alternative.

This year, SHOFF will be screening a nine-day program of films on the global damage wrought by capitalism. Entrance is free.

‘Sisters for Sale’ will screen (with Korean subtitles) at 6pm on Monday 7th October in the square outside Busan’s City Hall.

I’ve just returned from a fantastic week of documentaries, discussions, and community events at the 17th FreedomFilmFest in Malaysia, led by an all-female team of local filmmakers and social activists.

As someone who identifies more strongly as an activist than a filmmaker, it was a wonderful festival to be part of. FFF brings together a great community of people with a deep passion for social issues, and the technical skills to share them. Several participants (including the organisers!) risked arrest for sharing stories there. I was invited to speak at a video activist forum, to join a panel on the power of documentary filmmaking, and to help judge the best student film. I also had a chance to finally meet Pandav Khatri, director of NHRIFF, where ‘Sisters for Sale’ won Best Non-Fiction Film (International Competition) earlier this year. In addition to a bold selection of 11 features and 19 short films, the program included a screening at a local housing project (above) and an afternoon at a downtown soup kitchen.

There was also an Art Battle, in which local artists were each given 30 minutes to complete a painting inspired by one of the festival’s films. Below is Jean Lynn’s impression of ‘Sisters for Sale’. Most screenings took place in the 450-seat theatre where ‘Sisters for Sale’ screened to a near-capacity audience on Wednesday evening. Local radio station BFM helped promote the film with a 9-minute radio interview earlier that day, which you can listen to here.

The screening was followed by a discussion with festival director Anna Har, and Aegile Fernandez of Tenaganita (Women’s Force), which leads the local fight against human trafficking in Malaysia. Aegile has been personally fighting human trafficking since 1983 (!!) and it was an honour to share the stage with her. When the festival wrapped up on Sunday evening, ‘Sisters for Sale’ was awarded the Special Mention for Best Documentary (Feature) – which is to say, second place (behind one of the few films I didn’t get a chance to see!). It’s our third prize from three competitive festivals, which is amazing! Several of our supporters have also been hosting independent screenings, to share ‘Sisters for Sale’ with their own communities.

Dustin Main – who has been part of our project since 2013, and worked as a script consultant on the film – hosted a community screening two months ago in his hometown of Saskatoon, Canada.

The event was so successful that Dustin decided to hire out a much larger venue, Saskatoon’s stunning Roxy Theatre, last Thursday 3rd October.

The screening was a great success, and one of our largest to date, with hundreds of people in attendance.

For the moment, festivals and independent screenings are the only way that ‘Sisters for Sale’ can be seen. If you’d like to share the film with your own community, please get in touch with Katie at thehumanearthproject@gmail.com

I’m now getting back to work on the ‘Sisters for Sale’ book, and am very excited about how it’s all coming together… After all, the book is always better than the film, right?