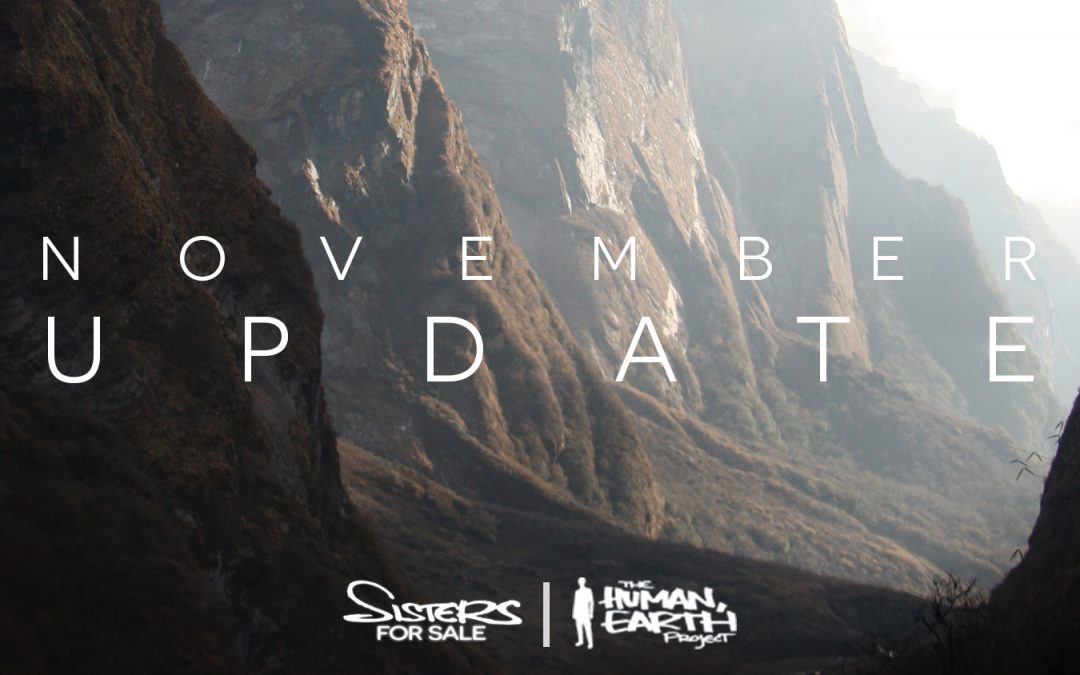 The Richell Prize – one of Australia’s most prestigious writing prizes – was announced earlier this month.

It’s the first major prize I’ve entered. I’m honoured to have been selected for the shortlist of five authors, from over 850 entrants. The Prize was ultimately awarded to journalist Simone Jordan for her forthcoming memoir.

If you haven’t yet read my work, you can find the ‘Sisters for Sale’ books here on Amazon, and you can read the first chapters right here. The first book, ‘Every Stranger’s Eyes’, tells the story of my Hmong friends May and Pang and their mysterious disappearances. ‘Suspicious Minds’ tells the story of my investigation in Vietnam, and ‘The Man’s Machine’ covers the extraordinary and ultimately successful search for May and Pang in distant regions of China, where the girls had been forced into “marriage” and motherhood.

Almost from the moment I released the third book, people have been asking when the fourth and final book will be released. ‘Mountains Beyond Mountains’, which follows the attempted rescues of May and Pang and everything that comes after, has been the most complex and challenging of the series. (I think it’s the best one, too, but I say that every time!) 🙂

I’m now in the final stages of writing ‘Mountains Beyond Mountains’, and it will be out early next year. I’m excited to share with you today the first glimpse of the cover art: Our work has recently begun moving into the academic sphere, with a series of ‘Sisters for Sale’ screenings and special events at some of Australia’s leading universities, including the University of Sydney and UTS.

On 26th November I presented a workshop as part of a conference on empowering young people in a disrupted world, run by the SCEAA (Social and Citizenship Education Association of Australia). Originally to be hosted in Melbourne, the conference was ultimately moved online.

The wonderful Kim Miller from Blue Dragon’s Children’s Foundation helped me develop and present my workshop, “From the power of the individual to creating systemic change: inspiring students to start where they are”.

Kim and I have also begun co-presenting a series of ‘Sisters for Sale’ screenings, both online and in person. With my unusual experiences in Vietnam and China, and Kim’s experiences with Blue Dragon, we each bring a very different, complementary perspective to the post-screening discussions.

If your school or university is interested in hosting a screening, please contact me at ben@humanearth.net for details.

On 24th November I finally re-emerged from a long second lockdown into the world of live events. I was invited by Jude Cooper to speak and screen part of our ‘Sisters for Sale’ documentary at the monthly meeting of the Central Charlestown Combined Probus club. It was a real pleasure, thanks to the lovely, highly-engaged audience of ninety-odd people.

There have been quite a few people asking when I’ll be hosting another full screening here in Newcastle. I don’t yet have a confirmed date but am planning to host an event early next year – stay tuned!