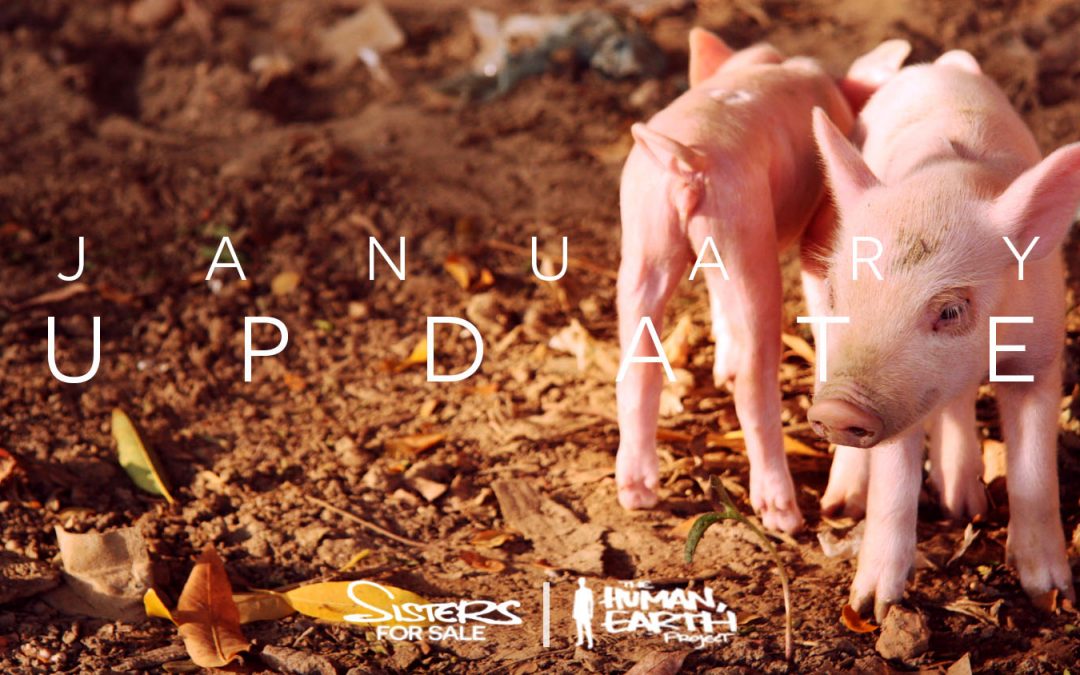 It’s been a busy time here at The Human, Earth Project, with educational screenings, a film tour, and a new book launch coming up…

Educational screenings of the ‘Sisters for Sale’ documentary

Last year we began partnering with Blue Dragon Children’s Foundation to bring our multi-award-winning documentary ‘Sisters for Sale’ into schools and universities.

These two-hour online sessions have been very warmly received, and are now available globally. They include a film screening and a post-screening Q&A with myself (the film’s director) and the fantastic Kim Miller of Blue Dragon, who brings an institutional perspective.

In late April and early May (COVID willing!), Kim and I will be touring the film in person on Australia’s East coast between Sydney and Brisbane.

If your school or university is interested in hosting a screening – either online, on in person if you’re in that region – please contact me at ben@humanearth.net for details.

For those of you who have been reading the ‘Sisters for Sale’ books and have been waiting for the fourth and final instalment in the series, I can now confirm that ‘Mountains Beyond Mountains’ will be launched in April.

While the full details are not yet public, I’m delighted to announce that the book will be launched by the amazing Debbie Lee, Senior Manager at Ingram, where my books are published.

Debbie, who launched the third book last year, was a real pleasure to work with, and I’m really looking forward to working with her again. More details of the launch will be announced in the coming weeks! The fourth ‘Sisters for Sale’ book has been the most challenging to write, and while all of my books have been enthusiastically received, I believe this one is the most powerful of them all.

With each book I’ve written, I’ve developed my skills as a writer and have been able to take my readers a little further. I appreciate that so many of you have joined me on that journey – the thoughts and comments you’ve shared have been a valuable part of that learning process.

Writing a series of four books has been a huge job, but I’m really proud of what I’ve achieved, and hope you enjoy the next book as much as you have the first three!

The first book has just been selected by a book club, and I’m told they’re loving it. If you haven’t yet read the ‘Sisters for Sale’ story, you can pick up your copy on our website or on Amazon, or you can read an online preview here.